Business owner, 27, pretended to Evri a driver ‘set her house on fire’ in desperate bid for callback 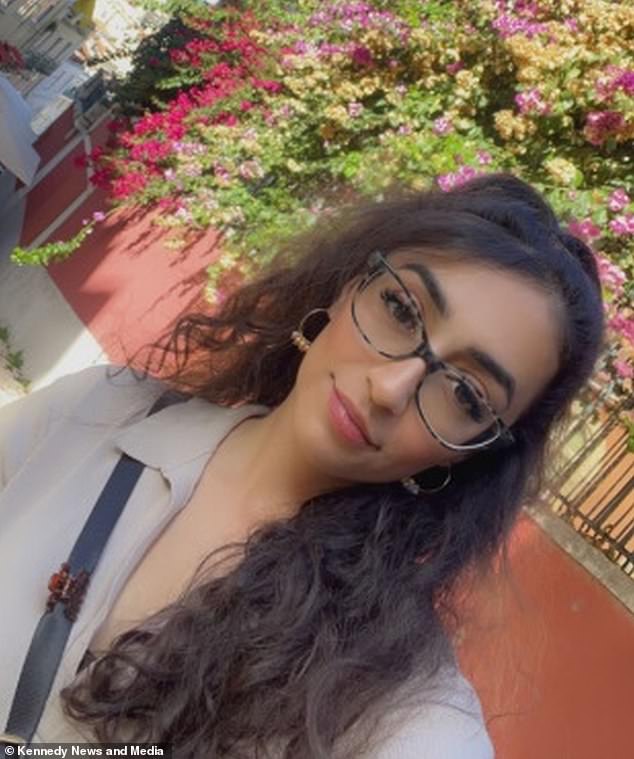 
Business owner, 27, tells Evri a driver had set her house on fire in desperate bid to get in touch with the company which ‘ignored her for a month over her customers’ missing parcels’

By Stewart Carr For Mailonline

A small business owner claims she was forced to pretend an Evri driver set her house on fire in order to get the company to respond to her month-old complaint.

Sania Shah, 27, says she tried to contact the delivery service after two customers demanded refunds for items that hadn’t arrived, leaving her £200 out of pocket.

After a month of calls and emails, Ms Shah, who sells custom clothes, said she informed Evri that a courier had set her home alight – even attaching images of a house fire from the internet as ‘proof’.

The brazen stunt appeared to pay off, as the next day Ms Shah was delighted to receive a call from the company.

Ms Shah, from Milton Keynes, Buckinghamshire, said: ‘I was at a loss because I sent the items and was being chased for a refund, I just wanted to know where the parcels were.

Sania Shah, 27, says she tried to contact the delivery service after two customers demanded refunds for items that hadn’t arrived, leaving her £200 out of pocket

‘I tried to call but it’s so hard to get hold of them, it’s a robot and at the end it says, “thank you, goodbye, go to our website”. I was emailing and that got me no reply.’

While using the company’s Live Chat, Ms Shah came up with the claim that her house had been set on fire in order to elicit a faster response. She was asked to submit two photos as evidence, which she sourced from the internet.

Ms Shah said: ‘It’s bad and people have messaged me saying that it’s someone’s actual house but I’m not trying to use that to my advantage. I just needed someone to ring me, I didn’t want to message.

‘The next day I got a call from a lady. They obviously saw the fire and thought “oh, this is serious”.

‘She said she understood that a courier had set my house on fire and I said they hadn’t but this is the extent I’d had to go to to get hold of someone.’

Ms Shah then provided the company with pictures purporting to show that one parcel was sent to the wrong address and the other had been delayed for weeks, which successfully led to a refund.

She said: ‘This was a couple of hundred pounds to me, I’m just a small business.

‘I’m not trying to encourage lying and giving Evri stress, but this is the extent people have to go to to get in touch and money doesn’t grow on trees.

‘I make custom clothes on the side to make people happy and then you get Evri stress and it’s a put off when you’re a small business but it hasn’t stopped me. People understand.’

Fed up with automated responses, Sania Shah told Evri that a courier had set her house on fire in order to elicit a phone call from the company

Sania says she hasn’t shipped with Evri since the incident.

An Evri spokesman said: ‘We are sorry to hear about Sania’s experience.

‘As Sania had arranged delivery via a third party logistics agency we are limited in the information we can access and have previously advised her to be in contact directly with her contracted logistics partner.

‘As the UK’s biggest dedicated parcels company in the UK, we deliver 700 million parcels each year and are proud that 99% of our parcels are delivered on time.

‘We have invested significantly in our onshore customer service operations in the UK, with dedicated teams in each depot.

‘If a customer has a problem with a delivery that cannot be solved through our chatbot our dedicated teams will call the customer once they have carried out a detailed investigation, which involves reviewing all the available tracking data, delivery photos and spoken to the courier involved so they can advise the customer on the best course of action.’

Share. Facebook Twitter Pinterest LinkedIn Tumblr Email
Previous ArticleChina: Satellite images capture crowding at crematoriums and funeral homes as Covid surge continues
Next Article BBNaija star, Maria apologizes to Apostle Selman after mistaking him for the ‘Apostle’ she was accused of having an affair with