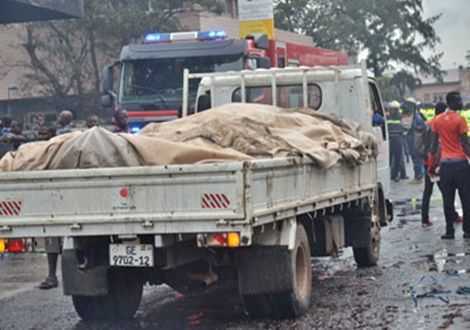 
A refrigerated train filled with the bodies of Vladimir Putin’s fallen troops has been filmed in Ukraine, with gold allegedly looted from civilians found in their pockets.

The Ukrainian army gave journalists access to the carriage near Kyiv, with one colonel telling reporters that Moscow has refused to claim its own dead.

Video inside the train showed a pile of corpses in white body bags stacked at one end of the carriage. Morgue workers showed reporters that they had found gold in the pockets of the soldiers, likely looted from Ukrainian civilians.