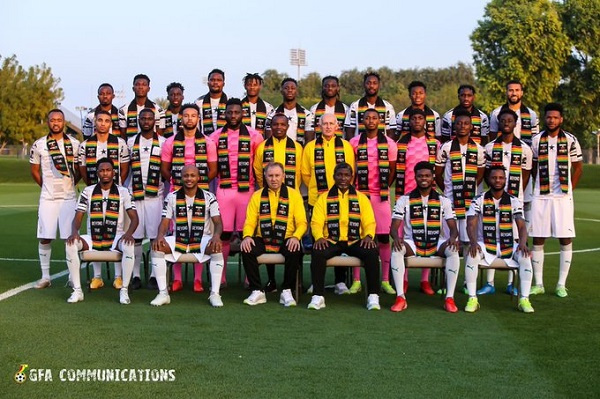 
Black Stars play Comoros in its next Group C fixture

Black Stars next game is against Comoros

Abdul Faisal Chibsah, a Ghanaian coach and the Academy Head of Recruitment of Charlotte FC, has averred that the senior national soccer team, Black Stars, needs an 8-year plan to put together a formidable team to compete at its peak.

The Black Stars suffered another setback in its quest to win a game at the ongoing African Cup of Nations tournament after a late Jim Allevinah equalizer in the 88th minute left both teams to share the spoils.

Reacting to the results of the game, Abdul Faisal Chibsah, stated that a rebuilding of the team will see it return to its former glory.

Captain Andre Dede Ayew had in the 18th minute of the game hit a powerful shot down the right corner of the Gabon goalkeeper to put the Black Stars in the lead.

However, in the dying minutes of the game, the Black Stars lost concentration leading to the equalizer by its opponents.

The results of the game leave the senior national team with just a point from a possible six in the second round of matches being played.