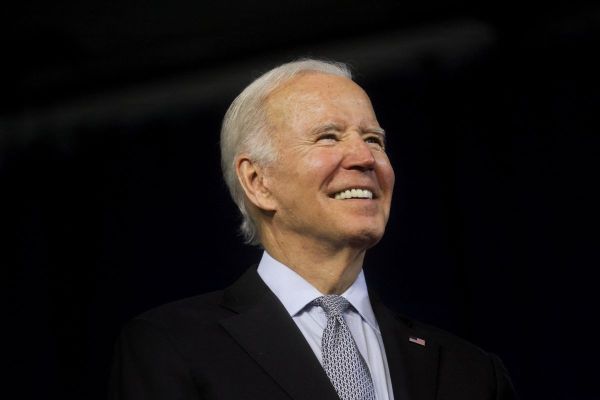 
Democrat Franklin Delano Roosevelt (popularly referred to by his initials FDR) was the 32nd US President. He was President of the United States when Joseph R. Biden Jr. was born. Joe Biden is the 46th US President. The presidency of Franklin D. Roosevelt was a novelty. He was the first American to win four presidential elections in 1932, 1936, 1940 and 1944. The presidency of Joe Biden is also a novelty. He is the oldest American to be sworn in as president at 78 years in January 2021.

In 1969, Joseph R. Biden Jr. contested for public office for the first time. He campaigned to represent the 4th district on the New Castle County Council in Delaware. He ran on a liberal platform. He supported public housing in the suburban area. He won by two thousand votes in the usually Republican district. Biden was at the Delaware council from 1970 to 1972.

From 1973 to 2009, Joe Biden Jr. was a senator of the United Senator from Delaware. As of 2009, Biden was the longest-serving senator in Delaware and as of 2018, he was the 18th longest-serving senator in the United States. Biden cast his last senate vote on January 15, 2009. Biden’s candidacy in the 1972 US senate election in Delaware presented a challenge. At the time Biden made the attempt at the federal legislature, the longtime Delaware Republican incumbent J. Caleb Boggs entertained the thought of retirement.  Eventually, Biden won the November 7, 1972 senate election by 3,162 votes. He went on to win subsequent elections until he retired from the senate after he had been elected as vice-president in 2008.

During his first swearing-in as US senator, his son Beau Biden was wheeled in with his leg in traction from an accident which killed his mother and younger sister; Hunter Biden, who had already been discharged, was also there as were other members of the extended family. The event received national attention. At age 30 (the minimum age required to hold the office), Joe Biden Jr. became the sixth-youngest senator in US history and one of only 18 who took office before turning 31.

With regard to the vice presidency, Biden was sworn into office by Associate Justice John Paul Stevens. At noon on January 20, 2009, Joseph Robinette Biden Jr. swore an oath to become the 47th vice-president of the United States. As of 2022, Joe Biden is the oldest president in the world. Joe Biden is the first US President to celebrate his eightieth birthday in office. He is also the most experienced American to be president.  Unlike many vice-presidents, Biden assumed the US presidency four years after he had left office as vice-president. In Denver, Colorado, Joe Biden was nominated for vice-president on August 27, 2008 by voice vote. Biden’s vice-presidential campaign gained little media visibility, as far greater press attention was focused on the Republican running mate, Alaska Governor Sarah Palin. On October 2, 2008, Joe Biden participated in the vice-presidential debate with Sarah Palin at Washington University in St. Louis, Missouri. Post debate polls found that while Palin exceeded many voters’ expectations, Joe Biden won the debate overall.

Joe Biden was the fourth person to run for vice-president and re-election to the Senate simultaneously. Other senators in this category were Lyndon Johnson, Lloyd Bentsen and Joseph Lieberman. Biden is the second to win both elections after Lyndon B. Johnson. Biden was nominated for a second term as vice president on September 6 by voice vote at the 2012 Democratic National Convention in Charlotte, North Carolina. He faced his Republican counterpart, Representative Paul Ryan in the vice-presidential debate on October 11 in Danville, Kentucky. On November 6, 2012, the Obama-Biden ticket won re-election with 332 Electoral College votes to Romney–Ryan’s 206.