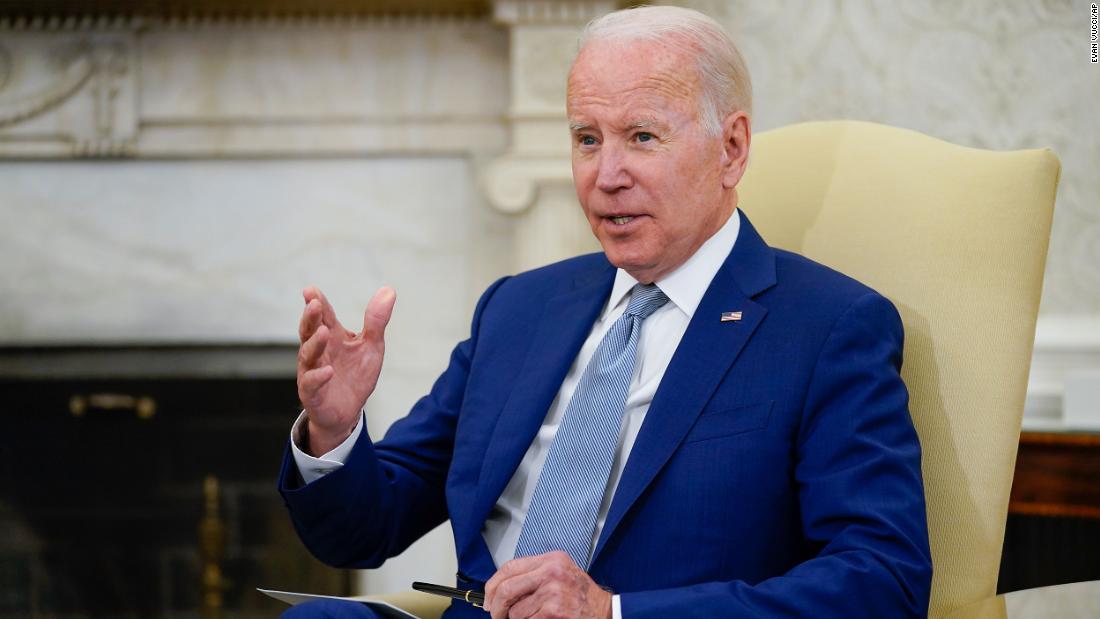 US President Joe Biden spoke by phone with Ukrainian President Volodymyr Zelensky on Wednesday ahead of the announcement, which the Pentagon said included providing Ukraine with 18 howitzers, 36,000 rounds of howitzer ammunition and two Harpoon coastal defense systems.

“I informed President Zelensky that the United States is providing another $1 billion in security assistance for Ukraine, including additional artillery and coastal defense weapons, as well as ammunition for the artillery and advanced rocket systems that the Ukrainians need to support their defensive operations in the Donbas,” Biden said in a statement after the call. “We also discussed Secretary Austin’s efforts in Brussels today to coordinate additional international support for the Ukrainian armed forces.”

Speaking in Brussels, Defense Secretary Lloyd Austin said the US and Ukraine are “working in lockstep to meet Ukraine’s requests for new capabilities, especially its need for long-range fires, armor and coastal defense.”

The latest weapons package comes as Ukraine’s military is burning through its Soviet-era ammunition, while Ukrainian officials have pleaded with the West to send additional heavy weaponry as the war with Russia girds on. Western intelligence and military officials believe the war is at a critical stage that could determine the long-term outcome of the conflict, while Russia has amassed a significant artillery advantage around two key cities in eastern Ukraine.

Zelensky thanked Biden on Wednesday for his “consistent, unwavering support” and for mobilizing the international security, according to a statement from the Ukrainian president’s office.

“The security support from the United States is unprecedented. It brings us closer to a common victory over the Russian aggressor,” Zelensky said.

A Pentagon spokesman said the US has now committed more than $5 billion in security assistance to Ukraine since Russia invaded in February. The latest tranche of weapons includes ammunition for High Mobility Artillery Rocket Systems, or HIMARS, and tactical vehicles “to recover equipment,” as well as thousands of secure radios and thousands of night vision devices, thermal sightsand “other optics,” the Pentagon said.

The US will also provide $225 million in humanitarian assistance to Ukraine, which Biden said will go toward “supplying safe drinking water, critical medical supplies and health care, food, shelter, and cash for families to purchase essential items.”

Austin and Chairman of the Joint Chiefs Gen. Mark Milley on Wednesday were in Brussels, where a meeting was held with a working group of nearly 50 countries to discuss the crisis.

‘No weapons system is a silver bullet’

The US has sent a number of weapons shipments to Ukraine since Russia invaded the country in February, increasing the capabilities that it’s provided to Ukraine’s military as the conflict has continued. Ukrainian officials, however, have been pushing for more heavy weaponry and have expressed frustrations that munitions appear to be trickling into the fight piecemeal.

Ukraine’s Deputy Defense Minister Hanna Maliar said Tuesday that the country has only received 10% of the military assistance Kyiv has requested from the West.

“Whatever efforts we put, no matter how professional our army is, without the assistance of our Western partners Ukraine will not be able to win this war,” Mailar said.

Speaking at a news conference Wednesday, Milley pushed back on the notion that Ukraine wasn’t getting what is needed, saying he was in regular contact with his Ukrainian counterpart.

“The speed that we have delivered security assistance is without comparison,” Milley said. “From the time the requests are validated and authorized, it is only a matter of days until the requirement is sourced, shipped and in the hands of the Ukrainians. In some cases, it may take a week, but most of the time, it’s measured in days.”

Milley added that “in warfare, no weapons system is a silver bullet, ever.”

If the Ukrainians use the weapons systems that the US and other allies are providing properly, Milley said, “They ought to be able to take out a significant amount of targets.”

Russian control of eastern Ukraine not ‘an inevitability,’ Milley says

Milley said that despite Russian forces outnumbering and outgunning the Ukrainian forces in the Donbas region, Russian consolidation of its control in eastern Ukraine was “not a done deal.”

“There are no inevitabilities in war. War takes many, many turns. So I wouldn’t say it’s an inevitability,” he said, before granting that “the numbers clearly favor the Russians.”

Milley said that the Ukrainian city of Severodonetsk “is probably three quarters taken or so by Russian forces” but that “the Ukrainians are fighting them street by street, house by house.”

Milley also characterized the current phase of the war as a “very severe battle of attrition, almost World War I-like,” noting how Russian progress in the region has been “very slow, a very tough slog.”

This story has been updated with additional details.