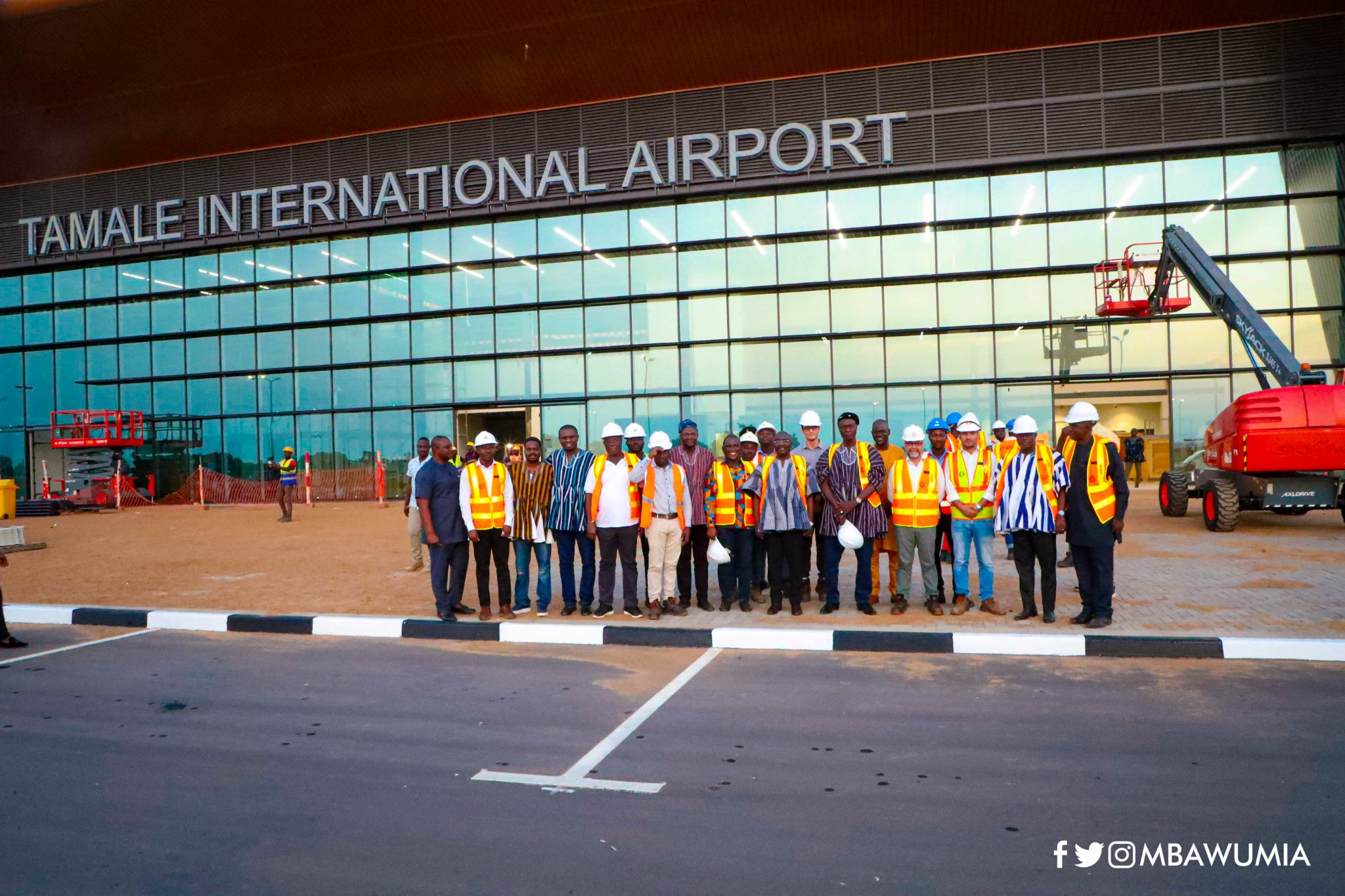 
The Vice-President, Dr Mahamudu Bawumia, on Monday, June 13, 2022, visited the premises of the new Tamale International Airport to inspect the state of the ongoing project.

According to Dr Bawumia, the project, which is 95% complete, has an ultramodern edifice with a separate multipurpose terminal that will serve as a Hajj Terminal.

The new international airport is sited at a different place, not too far from the existing Tamale airport.

This airport resulted from a loan contracted by the government in 2018 from the UK Export Finance (UKEF).

Dr. Bawumia visited the new airport after cutting the sod for the construction of the 168.98-kilometre (km) Tamale – Yendi – Tatale Road in the Northern Region to ease transportation in the area.

Upon completion, the Tamale airport will, among other things, become the centre of Hajj-related activities in the country, and further ease the annual facilitation of pilgrims to Mecca.