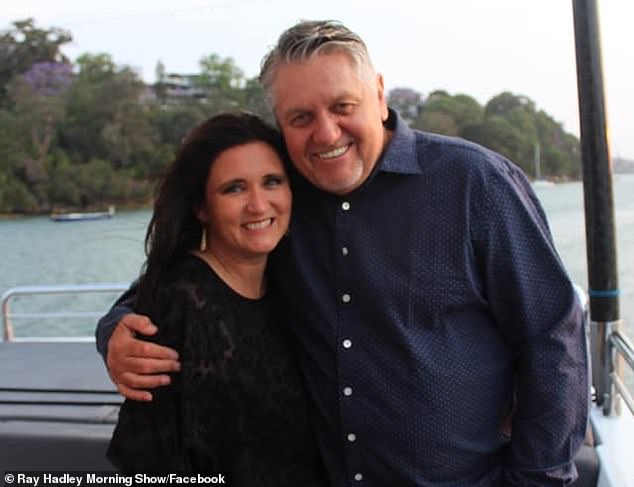 
Albo’s most brutal EVER interview: Furious Ray Hadley rips into the Labor leader while he’s in Covid isolation –  bombarding him with questions about floods, immigration  and China

Anthony Albanese kept his cool as Ray Hadley screamed at him in a fiery interview over boat turn backs, floods and China.

The radio shock jock – who is a big fan of Scott Morrison – blasted the Labor leader over his stance on temporary protection visas, arguing they are a crucial part of deterring people smugglers.

But Mr Albanese insisted that Operation Sovereign borders including boat turn-backs can work effectively without them.

The radio shock jock (right) blasted the Labor leader over his stance on temporary protection visas, arguing they are a crucial part of deterring people smugglers

Labor backs offshore detention and boat turn-backs but says temporary protection visas – which provide protection but no permanent settlement – are not necessary.

They are not given to any illegal arrivals who have landed after 2013 but the Coalition spuriously claims they are a ‘key part of the deterrent’.

‘The same policy that exists now, Operation Sovereign Borders, will apply under us,’ Mr Albanese said.

‘No it won’t because you don’t have temporary protection visas,’ Hadley yelled.

The Labor leader interjected ‘yes it will’ but Hadley replied: ‘No it won’t, I lived through it Anthony.’

‘Temporary Protection visas are there for people who’ve been here prior to 2013,’ Mr Albanese insisted.

‘We support boat turn-backs and we support offshore processing.

‘We support settlement in third countries. And we would have done the deal with New Zealand that was done far earlier and not implemented by this government until just before the election,’ he said.