Assisted suicide could be viewed as an ‘opportunity for cost saving’ by the NHS, church leader fears 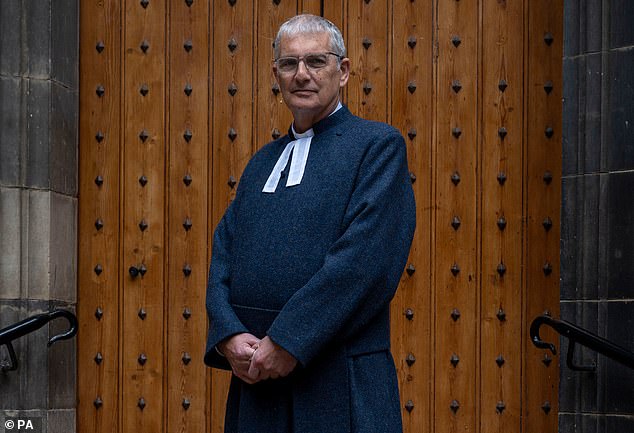 
Assisted suicide could be viewed as an ‘opportunity for cost saving’ by the NHS because it would change the way vulnerable people are treated, church leader fears

By Brittany Chain For Mailonline

Assisted dying could be seen as a cost-saving exercise if the practice was to be allowed in Scotland, a leading cleric has warned.

Rt Rev Iain Greenshields, moderator of the Church of Scotland, said he is concerned that letting terminally ill patients legally end their lives would permanently change the NHS, particularly given how much pressure it is currently under.

‘Is this really the way we wish to see precious caring resources directed? Given the pressure on healthcare resources, we are also very concerned that assisted dying could be seen as providing an opportunity for cost saving,’ he told The Telegraph.

Rev Greenshields said passing such laws could open up a raft of unexpected challenges and sick or disabled people would start to be seen as burdensome.

‘The acceptance by society of legally assisted dying profoundly changes relationships not only between health professionals and patients, but also within families,’ the church leader said.

Rt Rev Iain Greenshields, who is the moderator of the Church of Scotland, warned allowing terminally ill patients to legally end their own lives would permanently change the NHS, particularly given how much pressure it is currently under

‘We are concerned that, should assisted dying be legalised, the way our society views older people and those with disabilities will, over time, become more utilitarian.’

Citing Canadian assisted dying laws, Rev Greenshields said even with strict conditions in place, opening the floodgates by passing any version of the law would likely result in later expansion.

It is estimated assisted dying could reduce costs by up to £84 million per year, the publication reports.

A members bill is being introduced to Parliament in an attempt to introduce assisted dying.

The program has faced scrutiny amid claims that people are now seeking assisted suicide due to poverty and homelessness or mental anguish, as opposed to the traditional method of the terminally-ill seeking a painless death.

Share. Facebook Twitter Pinterest LinkedIn Tumblr Email
Previous ArticleBlizzard China: Millions of players lose access to ‘World of Warcraft’ and other games as it goes dark
Next Article “He destroyed our family” – Caucasian lady recounts how her mother’s affair with a Nigerian scammer broke their family