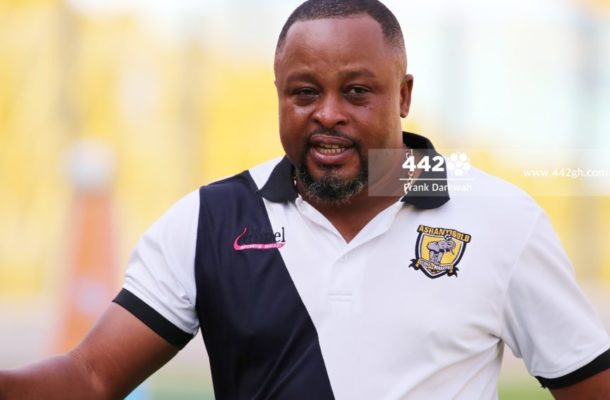 AshantiGold SC head coach, Thomas Duah, says his team will bounce back from their poor run of form in the ongoing Ghana Premier League.

The Miners are without a win in their last four games in the ongoing campaign. AshantiGold lost at home to Medeama SC on Matchday 11 by a lone goal.

The defeat at home puts a lot of pressure on Thomas Duah following his side’s poor run of form.

Speaking in an interview on Happy Sports with Ohene Bampoe Brenya on Happy 98.9FM, Thomas Duah is hopeful his side will return to winning ways,

“Sometimes things don’t go well. Looking at the matches we played and the defeats, things are difficult now.

“The club president knows the players are doing well but the results are not forthcoming. We hope he will do his part. We have lost three home games and it is not easy.

“We are hoping things will turn around very soon. The players are not agitating about bonuses or salaries which I know is not the cause of our current woes”, he added.

AshantiGold is currently placed 14th on the league table with 12 points after match day 11.