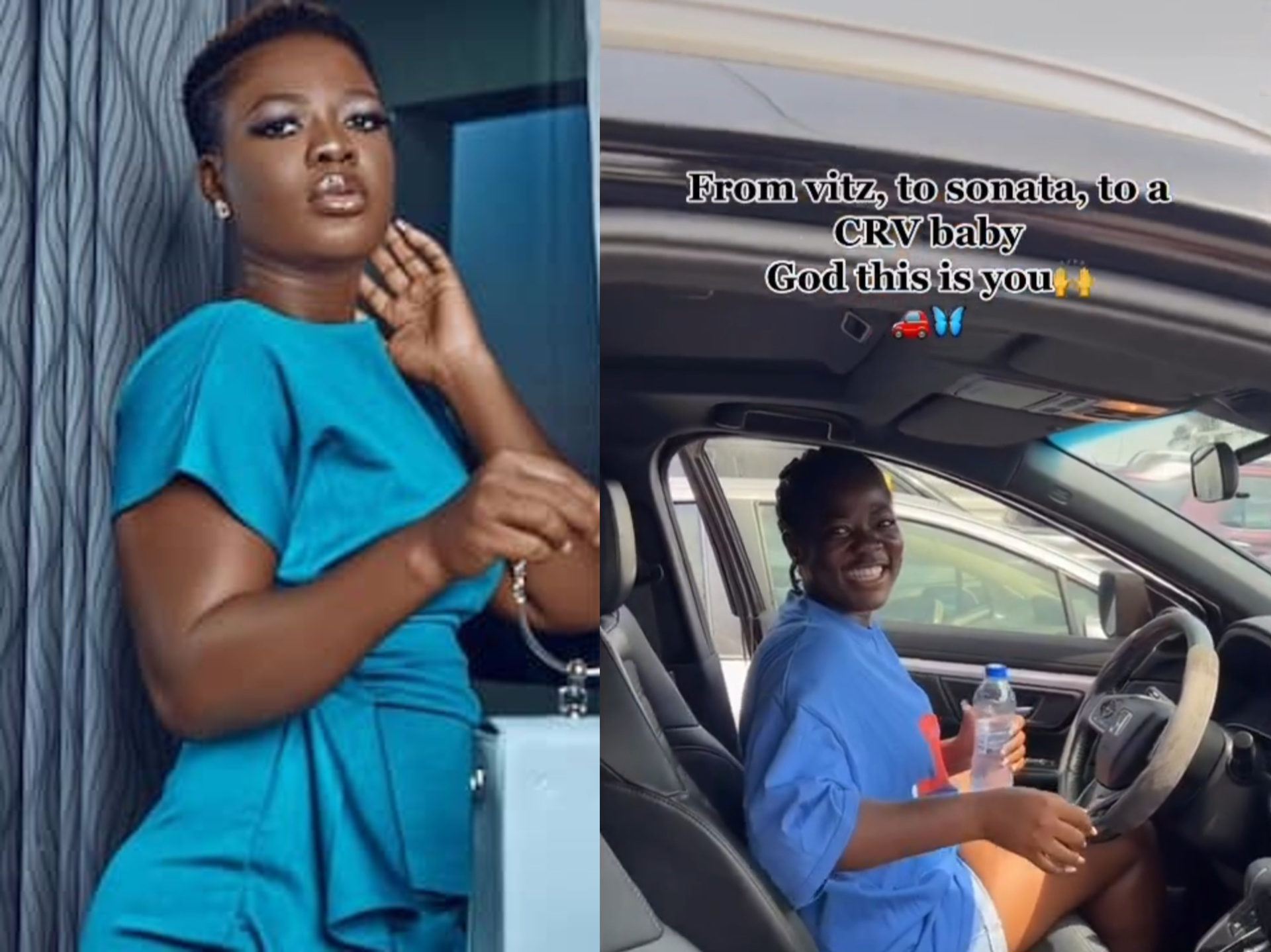 
Popular Ghanaian TikToker, Martina Dwamena, better known as Asantewaa, has taken to her social media to show off her new car.

The entertainer showed her appreciation to God for making it possible for her to get the brand-new Honda CR-V car.

She shared a video of her how God has helped her to change cars in the last few years till she acquired her latest, which is the Honda CR-V.

According to her, she started off with a Toyota Vitz some years ago, then she upgraded to a Hyundai Sonata and in 2023, she yet again upgraded and acquired a Honda CR-V.

READ ALSO: VIDEO: ‘Not All The 21 TikTokers Were Invited For UTV’s Day With The Stars’ – Insider At Despite Media Reveals

In the video Asantewaa shared that has Nathaniel Bassey’s ‘See What The Lord Has Done’ playing in the backing, Asantewaa showed her followers pictures of all the cars she has used in times past, and a first look at her newly-acquired Honda Cr-V.

Ever since the emergence of the video-sharing app, TikTok, Asantewaa has been one of the main influencers on the platform, entertaining her fans with comical videos and other content.

She was recently in a social media w/@r with the baby mama of Ghanaian actor, Aaron Adatsi called Eyram because she allegedly defrauded her of over Ghc300,000.