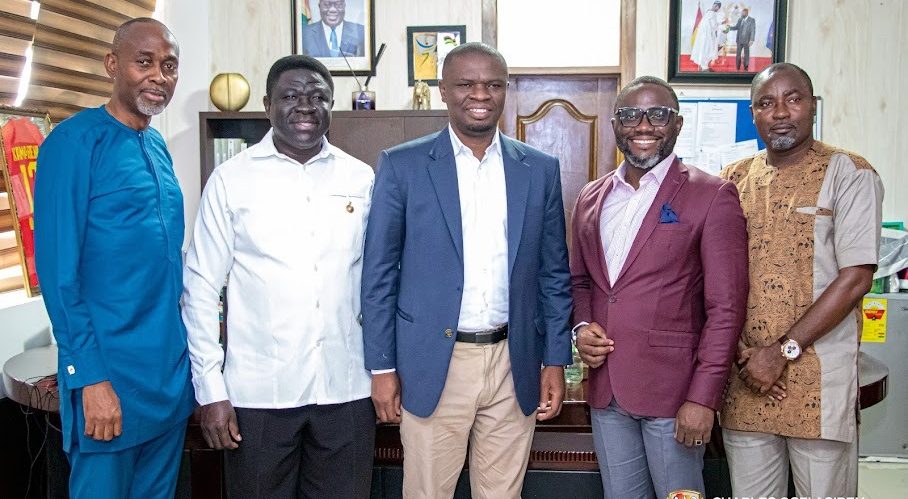 The Ghana Armwrestling Federation (GAF) per its constitutional mandate has named top industry gurus Mr. Edwin Amankwah, Jesse Agyepong and Jonathan Awuletey onto its Executive Committee in its quest to better position Armwrestling as a sport of choice.

GAF took the decision at its Annual General Meeting in Takoradi last weekend as part of activities marking the sixth year anniversary of the Federation and the Takoradi edition of the HD+ Kids Armwrestling Championship.

The highest decision-making body of GAF unanimously affirmed the proposals by President Charles Osei Asibey to imbibe the leadership of the federation with quality and high performing personnel with the requisite skills to improve the GAF Executive Management team. Mr Kofi Addo-Agyekum of Kofikrom Pharmacy Limited remains the Vice President, Mr Jesse Agyepong of Ghana Free Zones Authority is the General Secretary and Mr. Godfrey Amarteifio of I-Level Services is the Director of Finance.

Mr. Jonathan Lambert Nii Okai Awuletey, a marketing consultant will serve on the Executive Management as Director of Marketing and Communications, Mr. Edwin Amankwah, a business consultant serves as Director of Operations and Mr Husseini Akueteh Addy as the Technical Director.

Mr Jesse Agyepong thanked the leadership of Ghana Armwrestling for the confidence reposed in them to serve and assured members of and stakeholders of the federation of nothing but quality leadership that would promote and develop the sport of armwrestling to every corner in the country.

“Thank you Mr President for this honor done us. We assure you of our maximum cooperation and contribution to make the vision a reality,” the new General Secretary added.

Members later took turn to congratulate Mr Osei Asibey on his new role as President for Africa Armwrestling and assured him of the support to make him succeed.