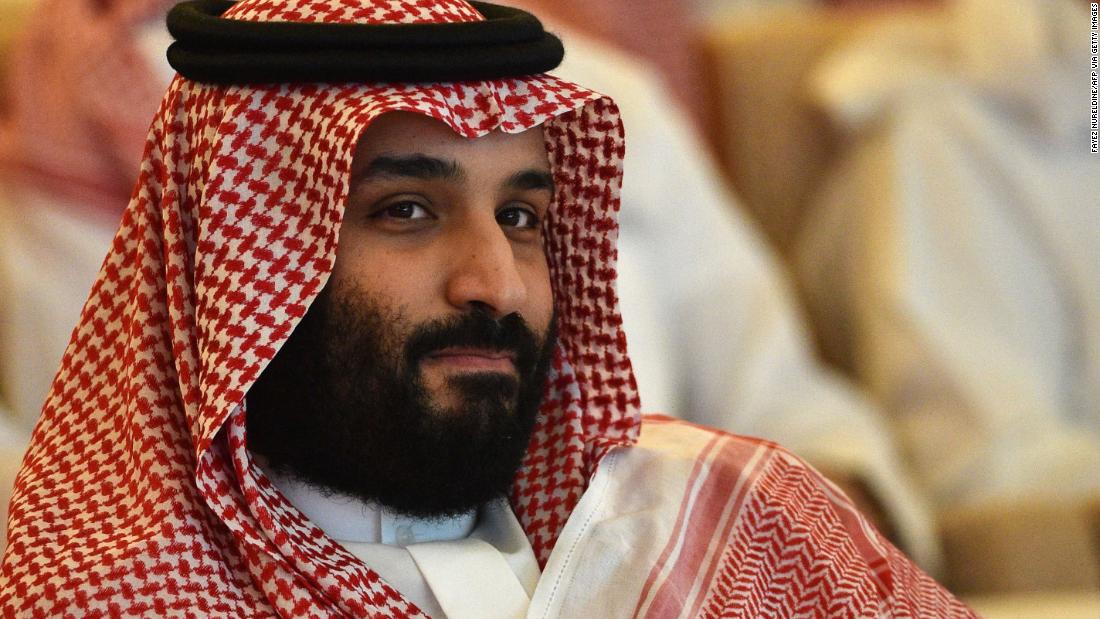 Share
Facebook Twitter LinkedIn Pinterest Email
An announcement Tuesday that President Joe Biden will visit Saudi Arabia next month is not a surprise — the White House has been preparing the ground for days. And the President’s decision to visit, as well as lawmakers’ reactions to the trip, fit a prevailing pattern of the US-Saudi relationship: Washington recoils over distaste for Saudi behavior that conflicts with its values, then gets pulled back into its marriage of convenience owing to the kingdom’s oil wealth and critical strategic position.

Durbin told CNN he has “concerns” with Biden’s trip and called on the President to change his plans, but that he understands why Biden decided to take part in the visit.

“I have concerns about it. I think the Saudis have demonstrated that they don’t share our values. The episode with Khashoggi is an international incident of historic proportions. I can’t get around it,” Durbin said, later adding, “It’s a tough call. Sustaining the energy services for our allies and NATO, doing something to increase the oil supply in the world, perhaps bring down gasoline prices. All these things are timely and important. But I’m sorry he has to do it with Saudis.”

Connecticut Democratic Sen. Chris Murphy, another member of Senate Foreign Relations, said he has some “real worries,” adding, “I think I need to hear more from the administration to understand what kind of commitments they’ve gotten from the kingdom to change their ways.”

Durbin’s Republican counterpart, Senate Republican Whip John Thune of South Dakota, also had problems with the trip, saying, “I just wish he would focus on American energy and he wouldn’t have to deal with the Crown Prince.”

“He’s expressed concerns about going there in the past for all the obvious reasons. And it just seems … having to go hat in hand to the Saudis to increase energy production because we won’t do it here — I think it’s unfortunate an American president is put in that position,” Thune added.

There’s little doubt that Biden is making his trip in order to persuade the Saudis to pump more crude oil to help alleviate the political impact of record-high US gasoline prices. His visit also comes as a new crisis looms with arch Saudi foe Iran, which may soon cross the threshold to building a nuclear bomb.
To quell the controversy, the White House is styling the visit of Biden to a nation he called “a pariah” over Khashoggi’s brutal killing, for which US intelligence determined the Crown Prince was responsible, as part of a regional peace initiative. The President will take part in a summit with the Gulf Cooperation Council plus Egypt, Jordan and Iraq in Jeddah after visiting Israel to show support for the Jewish state’s warming relations with anti-Iran Arab neighbors.

There will be bilateral meetings with King Salman and his team, which the White House expects to include the Crown Prince. And White House officials have broadly said that Biden plans to bring up human rights issues with bin Salman and the Saudis during their discussions, but they’ve also repeatedly underscored that the President is looking to reorient its relationship with the Middle Eastern nation.

“We are not overlooking any conduct that happened before the President took office,” White House press secretary Karine Jean-Pierre said on Tuesday in regard to Khashoggi’s death, noting that Biden “issued an extensive report” from the intelligence community on the journalist’s killing.

“So, it’s important to also emphasize that while we [recalibrate] relationships, we are not looking to rupture relationships — but human rights issues, human rights conversation, is something that the President brings up with many leaders and plans to do so,” she continued.

Jean-Pierre also praised Saudi Arabia for having been “a strategic partner of the United States for nearly 80 years,” adding that “there’s no question that important interests are interwoven with Saudi Arabia, notably the recent extension of truce in Yemen, which has saved countless of lives.”

9/11 Families United, an organization consisting of the families of individuals killed during the September, 11, 2001 terrorist attacks, sent a letter to the President earlier this month urging him to ensure accountability for the 9/11 attacks is a key priority of his discussions with Saudi officials.

National Security Council coordinator for strategic communications John Kirby told CNN’s “New Day” on Tuesday that Biden is expected to discuss a “range of human rights issues” with the crown prince during the trip, but he did not say whether concerns from the 9/11 families would be brought up during the upcoming talks.

And while the Saudis say they’ll be holding official talks with the US, Kirby refused to definitively characterize the meetings taking place between Biden and the Saudi Arabian government, adding that the President will hold “lots of bilateral discussions” with the nine heads of state present at the meeting, adding, “And yes, that will certainly include King Salman and his leadership team and we would expect that the Crown Prince will be part of those discussions.”

Still, there’s no sugarcoating it.

Sometimes presidents must do things they find distasteful or that appear hypocritical to advance what they perceive to be the national interest — that is what Biden is doing here. But his visit sends a message to states like Saudi Arabia, that as the US embarks on what looks like a new Cold War with China and Russia, repressive conduct is no barrier to relations with a President who put saving global democracy at the center of his foreign policy.

Biden, for instance, praised bin Salman’s “courage” in extending a truce in Yemen. But it was MBS who started the vicious war that killed thousands of civilians. So, Jean-Pierre’s remark Tuesday that the Saudi move had saved “countless” lives in the country was rather tone deaf.

Once a pariah. But no longer.