Ambushed by traffic – The dilemma of working parents [Article] 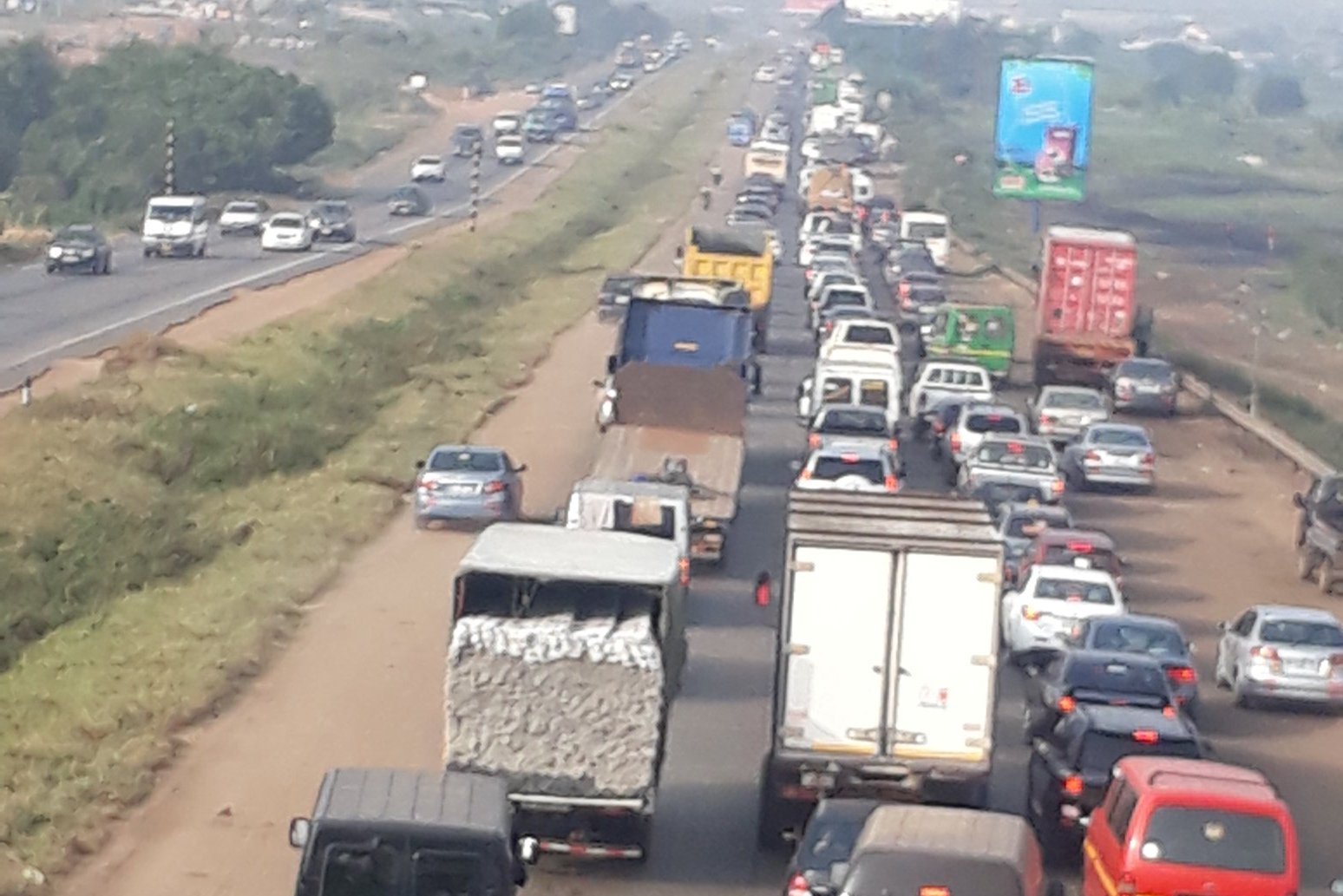 
5: 50am and my children are already in school.

Not by choice, but because of the crazy traffic situation they have had to endure even at their young ages.

This has been the situation for a long time but today was really emotional for me as I watched them drag their bags to their classrooms to join their mates, whose faces, though tired, glistened on seeing them.

My three-year-old kept waving at the car till it was out of sight. I saw equally tired parents hug and kiss their children before hopping off in their vehicles to beat the menace called traffic on the Accra-Tema Motorway.

All this before 6: 00am this morning.

As our vehicle drove off, I couldn’t help but wonder how we got here in the first place. Yes, I admit the world is changing, but why should young children have to endure hours of traffic to get an education?

What crime did children of this generation commit to have to sacrifice sleep to beat traffic?

Cast your mind back to when you were growing up, what time did you usually get ready for school? I remember sleeping very well and waking up around 6:30am to even help with house chores before getting ready and making it in time for school. Yes, I understand the dynamics have changed, especially with schools and their locations, etc. but the trend of spending hours in traffic is worrying.

Parents and Guardians leave home extremely early in order to beat traffic and get to school and work on time. Sometimes the estimate works; other times, contingencies come in making the route even longer. For example, if you are someone who uses the motorway a lot, you can tell there is never a “dull moment” on that road.

If it is not an accident, there is unannounced construction work or even worse, is the human traffic that motorists have to endure on a road which was christened by Dr Kwame Nkrumah as a “Motorway”. A motorway with pedestrian crossing, is that one too a motorway?

Last Monday, June 13, 2022, motorists spent close to 5 hours trying to get home after work via the Accra-Tema Motorway. Friends and colleagues who left the office a bit early in a bid to avoid the traffic, unfortunately, spent over 5 hours for a 30-minute commute. And all this was because construction work was ongoing on the motorway.

I mean, we sincerely appreciate the ongoing works on the motorway because the wobbly bridge is becoming a death trap and total reconstruction work is really needed on the entire stretch of the 19km road.

However, I believe there should have been some sort of sensitization for motorists and commuters to plan ahead and save time. Imagine the productive hours that were lost on Monday and as I write, we continue to experience traffic on the Motorway.

I just want to ask the Roads Minister if he cares about us at all because how do you commence a major construction work on a major road without informing the public? Was there no way to create alternative routes for people? All over the world, road construction happens daily, but must commuters bear the brunt of it? This is not acceptable. The only official communication I have seen so far is a release from the Ministry of Roads and Highways, dated June 14.

A government spokesperson on Infrastructure, Kojo Frempong mentioned in 2021 that the reconstruction of the Accra Tema Motorway is a 36-month-long project and expected to be completed by 2024.

This means we still have some time to do things right because the time we are spending in traffic every day is having a massive toll on our physical and mental health, finances (increasing cost of fuel) and money (productive hours lost).

Parents and Guardians are tired of dragging their sleepy children to school to avoid traffic. We are tired of feeding them in taxis and trotros; tired of getting to work tired; we are tired of closing from work and dreading the exhaustion that comes with being in traffic. Having a job is a blessing, but engineering indiscretion like what we are experiencing is making the work commute a very challenging task. There are people whose jobs do not allow them to work from home, and this is not helping anyone.

There is enough stress and frustration in the country already. There is no point to compound that situation with avoidable traffic. As a nation, we have come too far to still be wondering how to plan a road commute for our people.

Ghanaians deserve better than being ambushed by traffic daily.