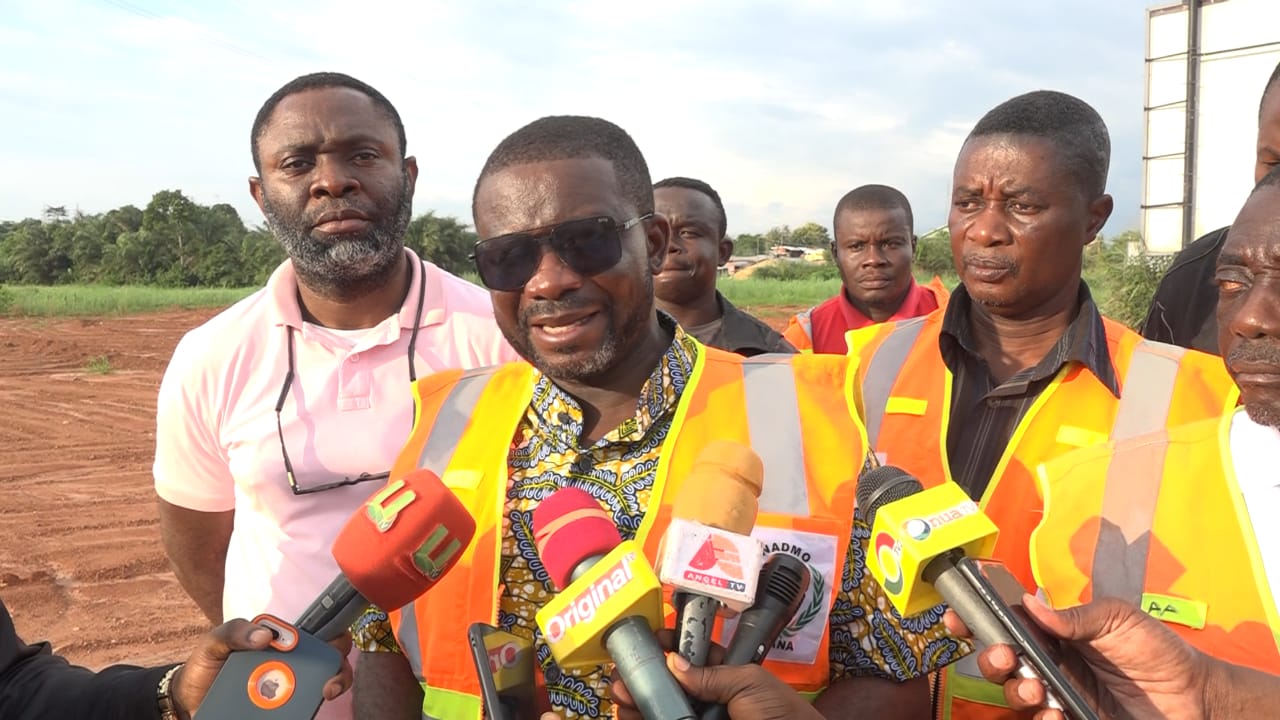 
The Director-General of the National Disaster Management Organisation (NADMO), Eric Nana Agyemang-Prempeh is urging the government to commit enough resources to the Works and Housing Ministry to enable it effectively execute its mandate.

He believes such a move will strengthen the Ministry’s resolve to effectively address the problem of flooding in parts of the country anytime it rains.

The rains have set in and some parts of the country have been experiencing flooding. In some instances, lives have been lost and properties destroyed.

In a bid to implement President Akufo-Addo’s directive of pulling down illegal structures in waterways, the NADMO Director-General said its outfit is collaborating with the Environmental Protection Agency (EPA), Regional Ministers and various assemblies to ensure that is done.

As part of this, the NADMO Director-General has paid a working visit to some areas in the Ashanti Region where people are developing in waterways.

“We’ve gone round, and going round, you realize that, people are filling buffers, rivers, wetlands among others, which is very bad. At Ahinsan Estate, we realized there is a wall at the back of KNUST, you see that people want to encroach. We are going to talk to the city authorities that we should not allow anybody to build there because that is the only buffer zone we have for the rivers over there. If they encroach at the end of the day, it is going to bring a problem. We saw a part where people have built some shops and other things, and it is giving the city of Kumasi a lot of flooding problems”.

He added that there is the need for all unauthorized structures to be pulled down, irrespective of political affiliations.

“People are building anywhere. We have to go beyond the politics – the NPP and NDC politics. Today when you go and someone is filling and building in waterways, they will say because I am an NDC that’s why you are attacking me. If it is an NPP person, he will say it is because I am an NPP person, that’s why you are attacking me. I think we need to desist from that”.

As more rains are expected in the coming days, the National Disaster Management Organisation wants the government to allocate more resources toward desilting rivers to prevent floods.

“If you look at most of the places, we need to desilt the places. Desilting is one of the biggest problems we are facing now. That’s why we are experiencing a lot of floods, from central, Greater Accra and other areas. We could see that most of the rivers are full with weeds and other things. So I want to take this opportunity to appeal to the Ministry of Works and Housing, that immediately if government gives them money – they should start doing some desilting works all over the country in various rivers. If we don’t do that, we are going to experience a lot of rains and if works and housing ministry doesn’t get money to do desilting, I am afraid, we are going to experience a lot of floods”.

The former deputy premier of NSW, John Barilaro, has got into a heated debate with…