Aldi manager wins £26,000 payout after he was ‘forced’ to resign for hiding price cards 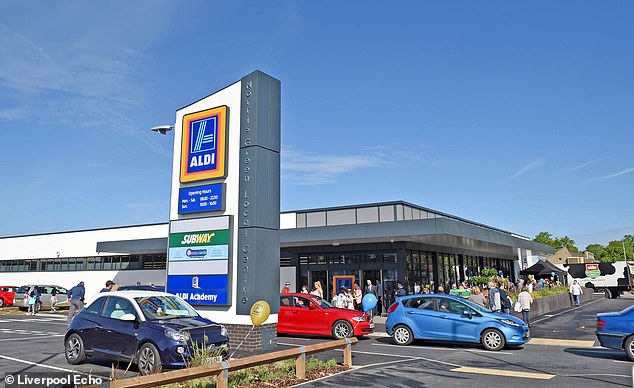 
An Aldi store manager has won a £26,000 payout after he was ‘forced’ to resign for hiding price cards because he was put under ‘unbearable’ pressure to perform well.

Barry Williams was well thought-of by his bosses and ‘loved his job’, which involved helping to turn round underperforming shops and getting new stores up and running.

But he fell out of favour with his employers when the performance of his Aldi stores dropped in 2018, an employment tribunal heard.

Mr Williams resigned without notice in February 2019, after 10 years at the discount supermarket chain, while he was caught up in a disciplinary investigation.

He was accused of hiding price cards above shelves where product lines had run out, to conceal the fact he had not ordered enough stock, and changing staff clocking off times to avoid breaching Working Time Regulations.

But the tribunal heard the allegations were ‘exaggerated’ and bosses would ‘turn a blind eye’ to such practices if a store was performing well.

The tribunal concluded that ‘unbearable pressure’ was put on some area managers for stores to perform well and awarded Mr Williams more than £26,000 for unfair dismissal.

Aldi store manager Barry Williams has been awarded £26,000 for unfair dismissal. His job involved opening new stores, including an Aldi store in Liverpool (pictured) in 2015

Mr Williams described how he had been under immense pressure in his job, and claimed that Aldi used the incidents as an excuse to force him out.

In a written judgment, Employment Judge Dawn Shotter said: ‘It was [Aldi’s] culture to put a lot of pressure on managers.

‘Unbearable pressure was sometimes placed by the store area manager, who were also under similar pressure, on store managers.

‘All were under a massive pressure to perform well on the key performance indicators, particularly store productivity, inventory and availability which transmuted into sales.’

In a disciplinary investigation, Mr Williams was accused of hiding price cards above shelves where product lines had run out, to conceal the fact he had not ordered enough stock.

It was a type of practice that was ‘widely ignored’ by Aldi bosses if performance in a store was good, the tribunal was told.

He was also accused of changing staff clocking off times to avoid breaching Working Time Regulations – but the tribunal heard Aldi failed to perform an objective investigation.

Mr Williams was confronted by his area manager Peter Seddon in October 2018, and after initially denying the accusation, he admitted he ‘did not feel safe in his job’ and had deliberately hidden the price cards to improve his store’s performance.

Mr Williams resigned without notice on February 26, 2019, after 10 years at Aldi (pictured: Store in Norris Green, Liverpool), while he was caught up in a disciplinary investigation

Mr Williams promised Mr Seddon that he would not do it again, and they agreed it was the ‘end of the matter’, the tribunal heard.

But Mr Seddon reneged on that agreement and included the incident in a misconduct allegation, alongside accusations of changing clocking off times.

The tribunal concluded that Mr Seddon and fellow senior manager Mathew Lipscombe were ‘looking to exit the claimant out of the business’ because Mr Lipscombe believed he was ‘one of the worst performers’.

Judge Shotter wrote: ‘One way or another, whether it be through performance management or misconduct, the claimant’s exit out of the business was inevitable.’

The price cards incident was included with the working times allegation because neither of them alone would have been likely to warrant dismissal, the tribunal found.

Judge Shotter explained: ‘The tribunal found on the balance of probabilities that if a store manager was performing well the removal of price cards was ignored, but if there were performance issues and the store was struggling, removing store cards would be used together with other allegations of underperformance/misconduct to either dismiss a store manager or the mechanism by which a confidential compromise agreement would be reached.’

The judge also concluded that if store managers were not performing well, then directors would then raise issues including ‘historic non-performance, absence and sickness levels, stock availability and staff complaints’.

Mr Williams was accused of misconduct, but the allegations were ‘exaggerated’. The tribunal found ‘unbearable pressure’ was put on some area managers for stores to perform well

Judge Shotter found Mr Williams’ conduct and underperformance had contributed to his exit from the business, but decided his conduct only warranted a 20 per cent reduction in the compensation awarded.

She said: ‘The claimant had been employed for 10 years with an excellent employment record until the events which led to his resignation, and he knew that whilst his actions were against the rules, the respondent would chose to ignore them if it suited it i.e. if the claimant and the store he managed were good performers.

‘The tribunal discussed awarding a higher percentage reduction, which it would have done had it not been for the particular circumstances of this case including the amount of pressure put on the claimant.

‘The respondent was in fundamental breach of he implied term of trust and confidence and a 100 per cent reduction sought by the respondent is inappropriate and was not just and equitable taking into account all of the circumstances.’

Mr Williams was awarded a total of £26,180 for unfair dismissal.

A spokesperson for Aldi said: ‘Aldi is an inclusive employer and will not tolerate discrimination in any form.

‘We are therefore very disappointed with the tribunal’s decision, and will now take the time to consider the ruling carefully before deciding whether any further action is necessary.’

British tourist, 49, is DECAPITATED with a SICKLE in Thailand by ‘local man who attacked him’