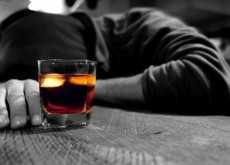 
Raphael Kwasi Angmortey, the Ada-East District Nutrition Officer, has cautioned the public, especially pregnant women, against mixing alcohol with milk to improve blood circulation, saying such practices are mere misconceptions that rather lead to deformities.

“It is also false that a mixture of coca cola with a tin of tomatoes increases the formation of blood during pregnancy,” he told the Ghana News Agency in an interview at Ada in the Greater Accra Region, and advised pregnant women to desist from such acts because they were unsafe for the mother and featus.

He said alcohol intake during pregnancy must be avoided as it affected the placenta and the featus’ development including its intellectual ability.

He said good nutrition through eating of balanced diets could prevent anaemia and mentioned oyeter, fish, turkeybury, and beans among others as rich sources of iron.

Pineapples, mangoes, and oranges are also rich in vitamines and must be added to the meal, he said, and advised pregnant women to visit health facilities for the appropriate guidance.