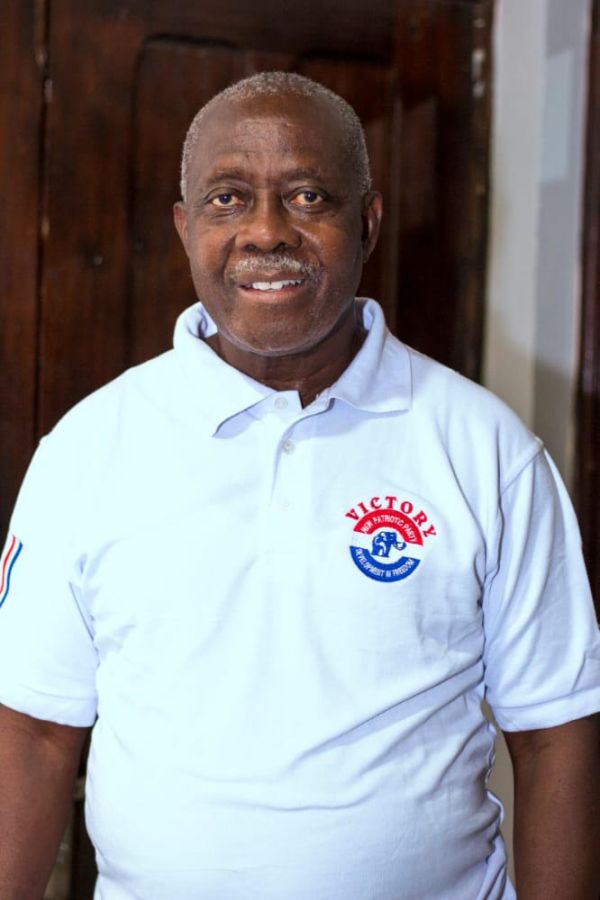 
The race for the New Patriotic Party (NPP) National Executive positions is getting steamer and steamer as indicated by data and statistics surfacing.

In a recent survey titled; “Breaking the 8: An Analysis of NPP’s Intra Party Democracy, Politics and Possible Impact on Winning Ghana’s 2024 General Election”.

Results from the research indicate a possible replacement of the current crop of leadership with new faces who can propel the party into electoral victory, starting with the National Chairman.

Thirty Seven percent (37%) of respondents settled on Akwasi Osei Agyei, naming him their preferred candidate to fill the shoes of the incumbent NPP chairman, Freddie Blay.

About 21% of respondents settled on Stephen Ayensu Ntim; 17% mentioned Prof. Christopher Ameyaw Ekumfi; 15% settled on Asamoah Boateng; 7% went for Ayikoi Otoo whiles about 3% of respondents mentioned they are yet to choose any of the candidates above after the data was analyzed.

May 10, 2022 Explaining their choice of Akwasi Osei Agyei as the next Chair of the party, respondents alluded to emerald of factors including accessibility of Akwasi Osei Agyei, and the fact that he has gone through the mill as a former Member of Parliament, former Foreign Affairs Minister amongst his numerous portfolios.

Respondents contend that Akwasi Osei Agyei is unaligned and would stand the best of positions to be a fair adjudicator of matters that are brought before the National Executives and unite the NPP if voted for. Some also argue that his maturity and background as a diplomat with international clout will help build the party’s image.

As a founding member of the party, respondents believe he has the good of the party at heart and will go the extra – mile to engender respect and cooperation from party grassroots and executives at the national, regional, constituency and polling station levels. The full report details the reasons why respondents settled on the other respective contenders.

For the position of General Secretary, respondents demanded John Boadu be replaced by Frederick Opare Ansah.
Persons who have declared their intent, either officially or unofficially, to contest for the position include John Boadu, who is the substantive General Secretary of the party; Musah Superior – former Mayor for Tamale and currently a deputy CEO of the Forestry Commission, Justin Kodua – CEO of Youth Employment Agency, and Frederick Opare Ansah – a former MP for Suhum Constituency in the Eastern Region.

Most respondents shared that the current General Secretary of the party is not accessible and has a tainted reputation because of allegations of being involved in illegal small scale mining which is dealing a huge blow to the fortunes of the party.

May 10, 2022 Some of the respondents aver the incumbent general secretary will not be able to deliver victory for the party in the 2024 elections given his 2020 electoral record of “hanging parliament “ among others.

Frederick Opare Ansah, respondents suggest, has an advantage by virtue of being a former Member of Parliament. Respondents believe that he can leverage on his expertise and experience to better project the party in a good light. His maturity was also a factor for their selection of him.

38% shared that it is time for the new face of Opare Ansah to take the mantle of party General Secretary whilst 29% of respondents settled for Justin Frimpong Kodua.

For the National Organizer position, however, respondents were starkly split between Nana Boakye, popularly known as Nana B, who is already a national officer serving as a National Youth Organizer of the party, Nii Kwartei Titus Glover, a former Member of Parliament for Tema East Constituency in the Greater Accra Region. About 41% of respondents believe that Nana Boakye has the qualities to be the National Organizer of the party and could help deliver the much needed victory for the party given his background as a Youth Organizer. They contend his responsibilities, if voted for as the National Organizer, will not be dissimilar to the ones he currently executes. They say he is a trusted pair of hands.

Contrary to this opinion, about 40% of respondents also believe, Nii Kwartei Titus Glover, will bring a fresh feel to organizing members and nonmembers alike to deliver victory for the party leveraging on his maturity and experience as a former MP.

About 4% of respondents are yet to decide on who should lead the party as national organizer.

These findings are indicative but are not predictive of likely changes in the leadership front of the party in the upcoming national elections.

The New Patriotic Party is keen on breaking the jinx of the two term governance system. Although the mantra of breaking the eight has gained notoriety, some members of the party still think winning the 2024 elections will come not just sloganeering but rather an intricate mix of leveraging on the achievements of the current government, giving new faces the opportunity to serve with their expertise and above all ensuring there is unity, which clearly will be the main duty or responsibility of elected national executives.

Some members of the party contend the current crop of leadership has outlived its purpose and thus must be replaced with new ones that can propel the party into electoral victory. From this preliminary study, it could be deduced that supporters want a unifier who can build the party from ground up. Per the analysis of this study, members are clamoring for a leader who is a unifier and unaligned to the high powers within the party to lead the party into the 2024 elections.