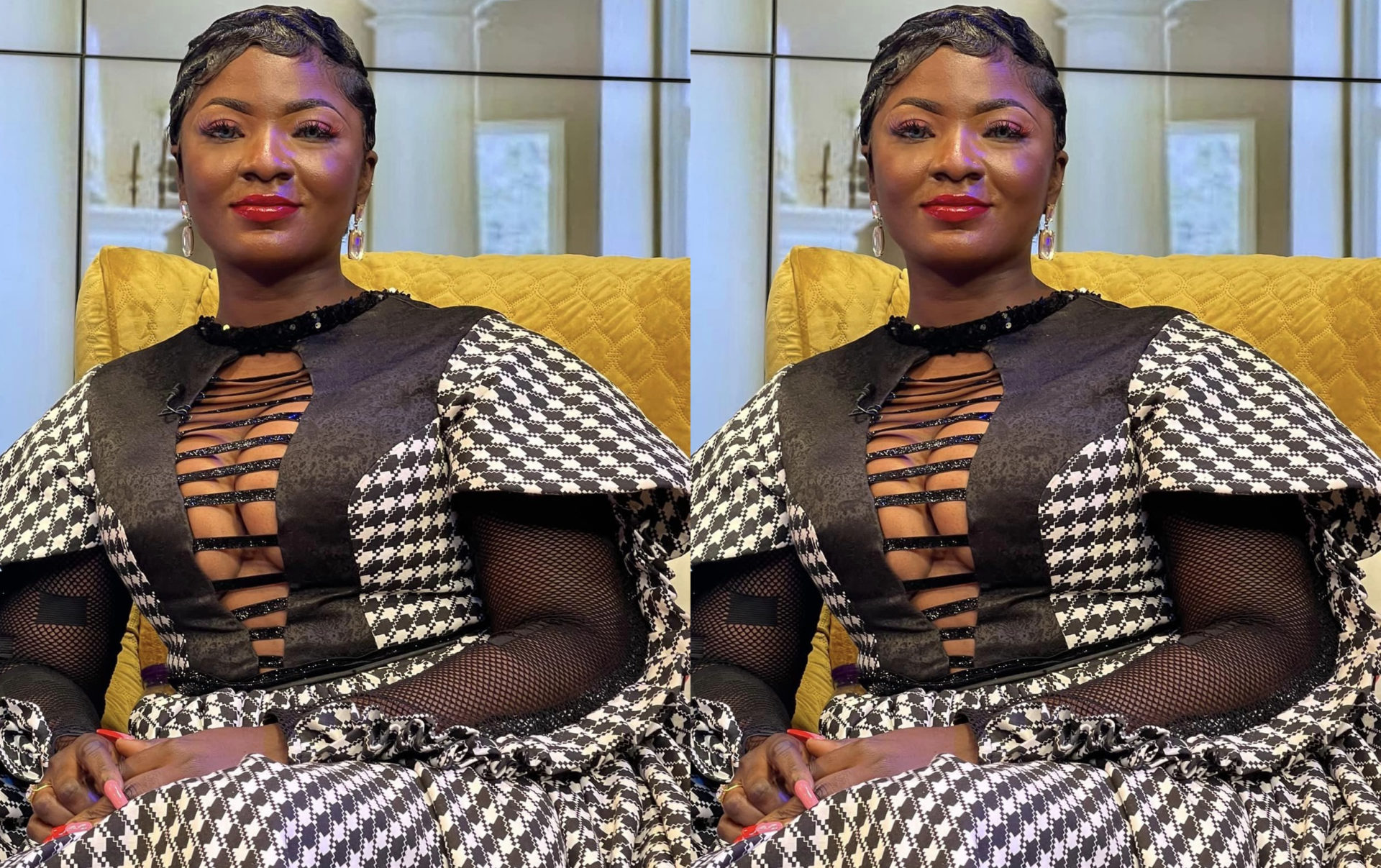 
Following the publication of some new photos of the Ghanaian actress, Priscilla Opoku Agyeman, fondly called Ahouf3 Patri, on United Television’s official social media pages, a lot of netizens have been talking.

The actress who became very popular for her role in the skit, ‘Boys Kasa’ was a panelist on the popular United Showbiz entertainment review show, which aired every Saturday, November 19, 2022.

READ ALSO: ‘My Heat Song Was Not A Shade To Nana Aba And Serwaa Amihere – Wendy Shay Finally Clarifies

Ahouf3 Patri was wearing an elegant white and black attire that had her flaunting her cleavage.

Another thing that could not be missed in her look was her signature short hairstyle.

Even though she looked very pretty, a lot of netizens were not happy about the manner she decided to put her cle@vage on display for a program that was aired live on TV.

Many of the people who were commenting on the photo questioned her motive for sharing such photos.

Others also criticized Ahouf3 Patri for wearing too much makeup, which made her appearance look quite old than her beautiful young self.

One commenter who goes by the name Dorothy Wi-Afedzi wrote: ‘Did she dress like this to appear on utv for a program? If yes,then the station should be concern about what people wear on air, since people watch globally.’

Another person who also goes by the name Millicent Korkor wrote: ‘You’re very beautiful without makeup. Initially, I thought it was Destiny Etiko. This makeup doesn’t look good on you.’

See the photos and more reactions below…