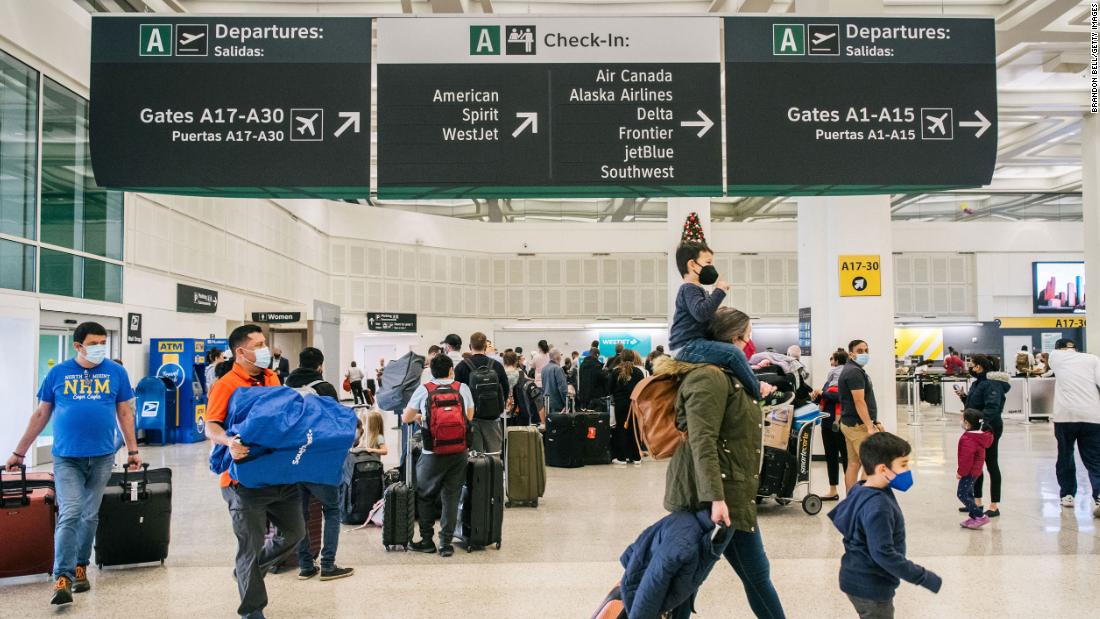 Beginning January 19 and continuing for at least two weeks, all flights from the United States to China have either been canceled or are likely to be suspended because of Chinese aviation regulations, according to CNN Business research of government announcements and published flight schedules. As of Friday, only two United Airlines (UAL) flights still appeared eligible to operate for that period.

The Beijing Winter Games open on February 4, and participants are mostly taking special flights restricted to people with OIympics credentials as part of a strict bubble that authorities are implementing around the event.

China has defended its “circuit-breaker” regulations as “an important step to reduce the risk of cross-border spread of the epidemic.”

“The measures, which are open and fair, apply equally to both Chinese and foreign airlines,” Foreign Ministry spokeswoman Hua Chunying said in August. “For airlines that do not meet the conditions to trigger the circuit-breaker, China has never applied relevant measures on them.”

From December 24 to January 12, more than a third of the 9,356 international flights scheduled to depart for China — already a fraction of pre-pandemic levels — were canceled, according to data from Umetrip, an app developed by Chinese state-owned aviation industry IT provider TravelSky.

During this period, a growing number of passengers on flights from the United States — operated by both US and Chinese carriers — tested positive upon arrival in China, triggering a wave of cancellations just ahead of the Olympics and the Lunar New Year, the most important holiday in China.

Three US carriers — United (UAL), Delta (DAL) and American Airlines (AAL) — operate 10 flights per week into Shanghai, China’s biggest city, where a steady rise of Covid cases among international arrivals has seen local officials under growing pressure to tighten containment measures. The city on Thursday recorded five new locally transmitted cases, all linked to a resident who had recently returned from the United States.

“US airlines are concerned about the implications of a disruption and are continuing to assess the impact to operations,” said Airlines for America, a Washington-based trade group that represents major US carriers, in a statement Thursday. “We are in communication with the US and Chinese governments to identify a path forward that minimizes impact to travelers.”

CNN Business has sought comment from the US Department of Transportation, which has the authority to suspend the eight weekly US flights operated by four Chinese airlines.

China largely sealed off its borders in March 2020 and has continued to stick to its strict zero-Covid policy. Flights to and from China— the world’s second-biggest air travel market after the United States — have been drastically cut back, even as international travel has begun to rebound in other parts of the globe.
Last month, a Delta flight from Seattle to Shanghai turned around midair because of a change in cleaning procedures at the Chinese airport that “significantly extended ground time and are not operationally viable,” according to the airline. Chinese officials disputed the account, urging the carrier to “protect customers’ legitimate rights.”