“After you don scatter my ….” – Mercy Eke tells actor Chidi Mokeme as they get goofy in new video 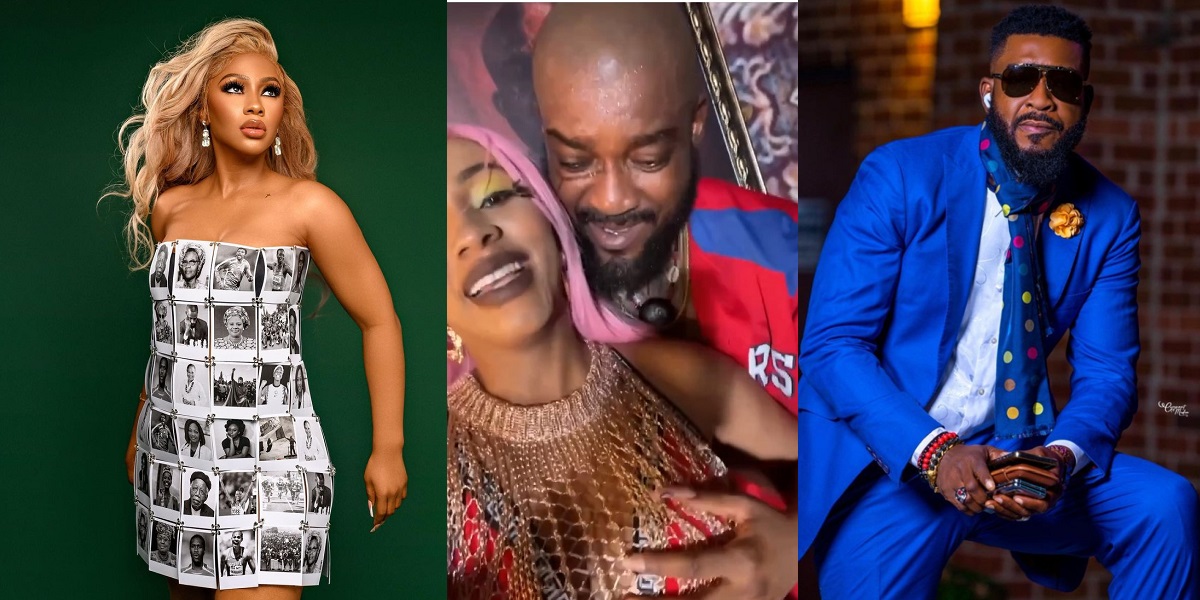 
Reality TV star and actress, Mercy Eke has been captured getting goofy and comfortable with veteran Nollywood star, Chidi Mokeme.

In the video taken on the set of recently released Netflix movie, Shanty Town, in which the duo starred in, the pair were spotted taking a selfie video together when Mercy revealed that the actor “scattered” a part of her body while touching her boobs.

Mercy, who played the role of a prostitute named “Jackie”, was evidently referring to a scene in the movie where Chidi Mokeme, a pimp and tout in the movie called ‘Scar’, grabbed her mammary glands and buttocks in the movie.

However, Chidi Mokeme quickly cut her short and told her not to divulge the full details before they go viral for the wrong reasons.

A while back, Mercy Eke was showered with accolades online for her stellar performance in a new Netflix series, Shanty Town.

The influencer, who is still reeling in the euphoria of acting in the movie, had shared a series of posts commending her acting skill.

Share. Facebook Twitter Pinterest LinkedIn Tumblr Email
Previous ArticleCop Michelle ‘Mully’ Mullen dies in freak indoor skydiving accident in Brisbane
Next Article ‘OV sl3pt with one of our beatmakers and also did ‘things’ with some BHIM girls’ – Ayisha Modi spills it all in a new interview