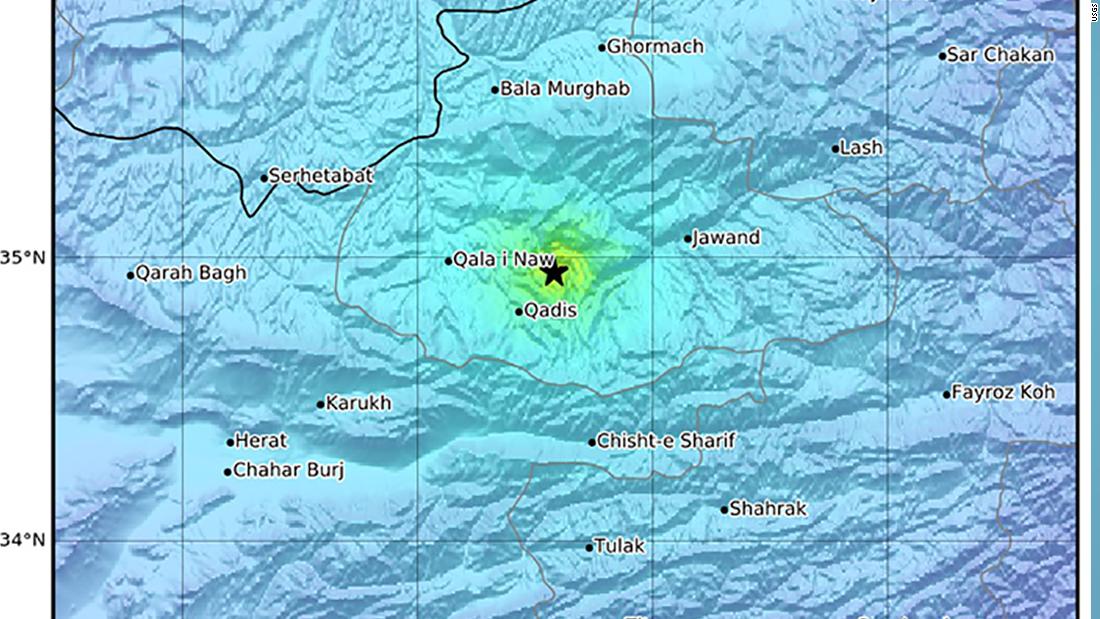 “Unfortunately, our initial reports show that 22 people, including women and children, have been killed and four others injured,” said Baz Mohammad Sarwari, the director of Information and Culture of the Badghis provincial administration.

“The Mujahideen have reached to some of the affected areas, but Badghis is a mountainous province, the number of casualties might go up,” he added, referring to Taliban fighters, and adding that heavy rain was also lashing the area.

Mullah Janan Saeqe, head of the Emergency Operations Center of the Ministry of State for Emergency Affairs, confirmed the death toll and said more than 700 houses had been damaged.

Sanullah Sabit, the head of the nursing unit at the main hospital in Badghis’ capital said they had received five patients injured in the quake, mostly with broken bones and fractures.

The quake was at a depth of 30 kilometers (about 19 miles), according to the European-Mediterranean Seismological Center.