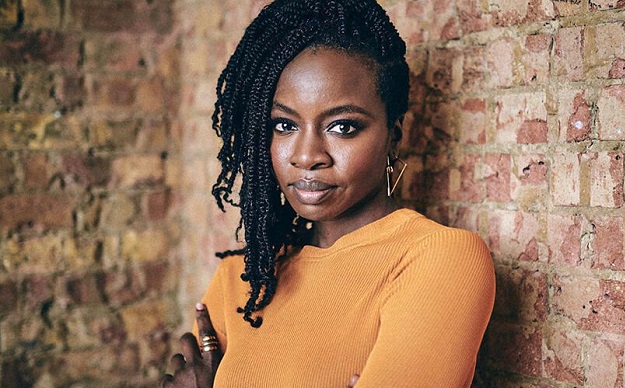 
American-Zimbabwean actress and playwright, Danai Gurira will be hosting the 10th Global Citizen Festival slated for Saturday, September 24, 2022, at the Black Star Square in Accra.

Danai is best known for her starring roles as Michonne on the AMC horror drama series ‘The Walking Dead’ and as Okoye in the Marvel Cinematic Universe superhero films ‘Black Panther’, ‘Avengers: Infinity War’, and ‘Avengers: Endgame’

Gurira is also the playwright of the Broadway play Eclipsed, for which she was nominated for a Tony Award for Best Play.

Performing at the evenrt in Ghana are Ghanaian artistes Sarkodie, Stonebwoy and Gyakie.

From the United States of America come Usher Raymond, SZA, and H.E.R. British act of Ghanaian descent, Stomzy and Nigeria’s Tems will also perform at the programme.

The event in Accra will be hosted by award-winning actor, playwright, and activist Danai Gurira.

The Global Citizen Festival is the world’s longest-running global campaign calling for an end to extreme poverty. Through the Festival, the organization brings together millions of people to amplify the message to #EndPovertyNow, and this year, in celebrating 10 Years of impacting change, the event will be split into two locations: Accra and New York.

The 2022 Global Citizen Festival campaign is supported by governments and world leaders across the world.

Since its inception in 2012, the Global Citizen Festival has become the world’s longest-running global campaign, calling for an end to extreme poverty, gender inequality, and environmental degradation.

According to the founder of Global Citizen, Hugh Evans, SDRs (a type of reserve asset mostly sitting unused by the world’s wealthiest countries) can immediately provide new and affordable financing relief for countries at high risk of financial and debt distress.

Global Citizen is calling for world leaders, major corporations, and philanthropic foundations to take to the Global Citizen Festival stages and announce new commitments to End Extreme Poverty NOW, by deploying funds to meet the total goal of reallocating $100 billion in IMF Special Drawing Rights (SDRs), by making up the $40B shortfall.

The 2022 Global Citizen Festival will be broadcast and streamed worldwide on TimesLive in Africa, YouTube, Twitter, Amazon Music, and Apple Music.