Accra Zoo: Was Intruder Attempting a Photoshoot Or What? – MP ‘Confused’ By Man’s Death In Lions’ Den | General News 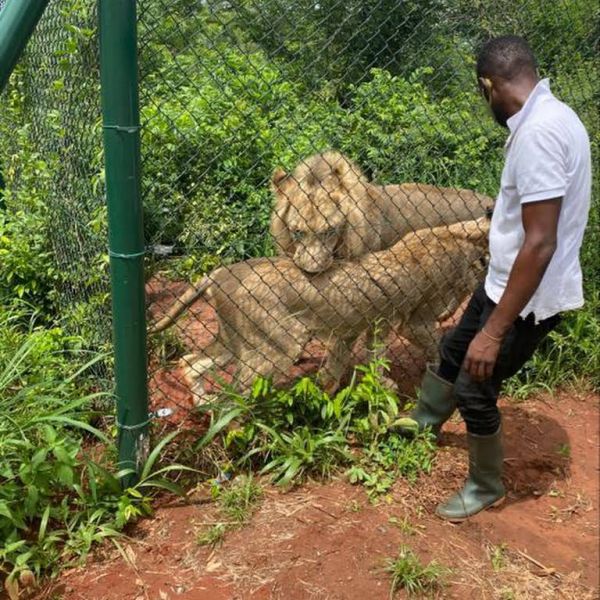 
Collins Adomako-Mensah, the Member of Parliament for Afigya Kwabre North, is utterly bewildered by the news of a man jumping into a lions den in Accra zoo located within the Achimota Forest.

A middle-aged man lost his life when he reportedly climbed over a 20-feet fencing into the confines of lions at the zoo.

The news went viral with social media users warning residents to be cautious about a possible escape of a lion into the area.

But the Forestry Commission, in a statement on Sunday, 28th August, allayed the fears of the residents, saying, “we wish to confirm that the lion, the lioness and the two (2) cubs remain secured in their enclosure at the Accra Zoo. Forestry Commission wishes to assure the general public that no lion has escaped from the Accra Zoo”.

They however confirmed that the intruder came to the facility and entered the inner fencing of the lions enclosure.

Addressing the issue during “Kokrokoo” panel discussion programme on Peace FM, Collins Adomako-Mensah wondered what motivated the man to encroach upon the lions’ territory.

He asked; “Was he attempting a photoshoot or what?”.

Still at a loss as to what might have led the intruder, the MP said; “It’s very, very scary. I don’t know what will prompt somebody to go to the zoo to watch animals but will jump into a lions den and my understanding is that the lions have been separated from the other animals because they are very dangerous. Their fence is bigger and taller…It’s sad that he is dead but I don’t expect a person to enter a lions den and survive.”