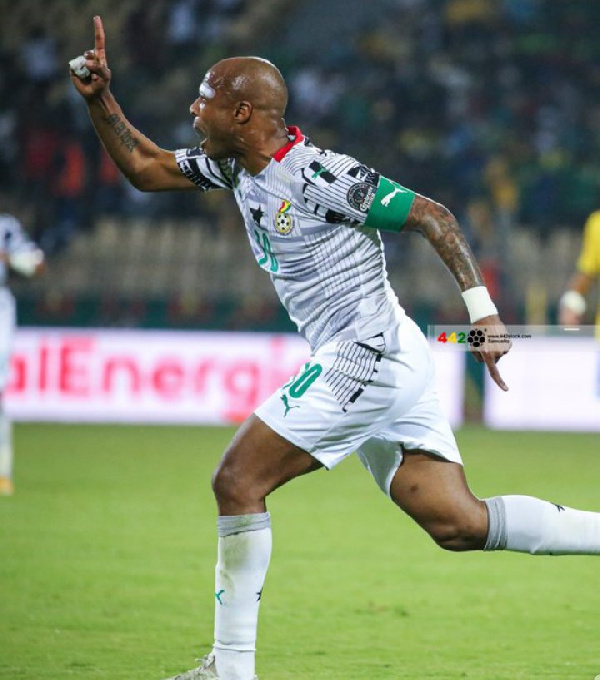 Dede Ayew gave Ghana the lead against Gabon in a second Group C encounter to boost Ghana’s chances of qualifying for the knockout stages.

The Al Sadd man went around his marker with a beautiful turn before sending in a well-drilled shot to the right-bottom side, giving the goalkeeper Jean-Noel no chance to pull a save.

Abedi took to Twitter to react to his son’s goal says he told his Dede he will score. “Hahaha! I told you, son, come on. Alhamdulillah”.

Following the goal, Dede Ayew has reached a landmark of 10 goals at the AFCON, extending his tally as the country’s top scorer o the competition.

The match is ongoing as Ghana is still leading by a lone goal.

A section of the bank staff at the work.jpg FBN Bank Ghana on Saturday engaged…