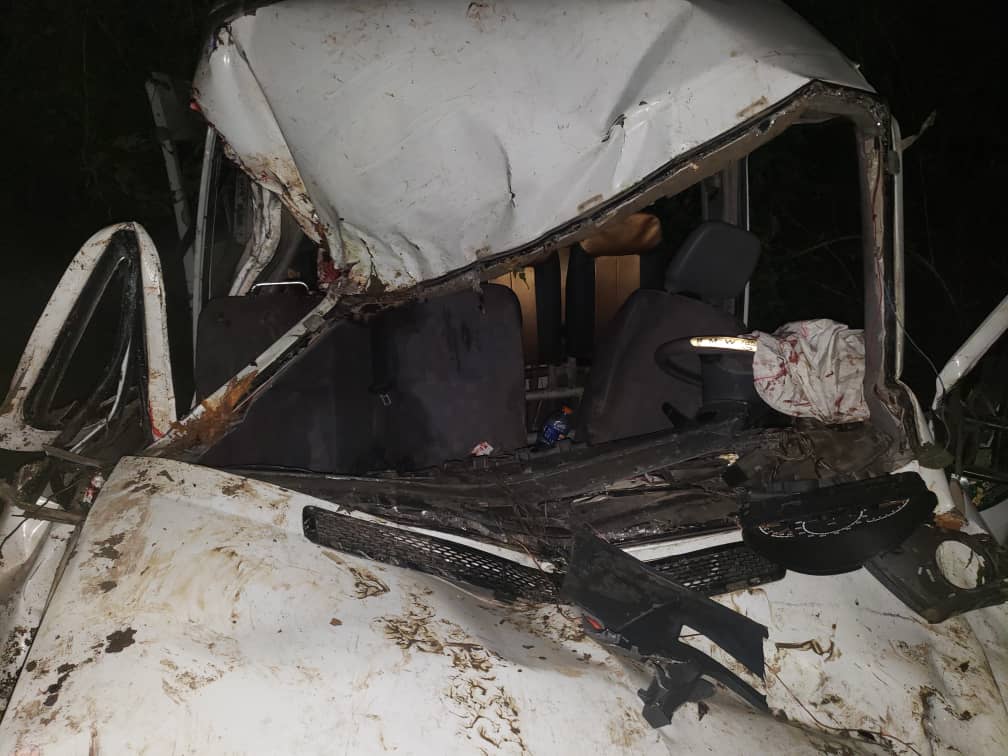 
Seven passengers have reportedly died while eight others are in critical condition following a fatal crash at Gomoa Anteadze on the Winneba-Mankesim highway on Thursday.

Information gathered by Citi News’ Central regional correspondent Calvis Tetteh, revealed that a bar under the Sprinter mini bus with registration number GW 7920-22 got broken and caused the driver to lose grip of the steering wheel.

The vehicle veered off the road and somersaulted multiple times before hitting a tree.

The impact caused nearly half of the persons on board to die instantly.

It is believed that the driver was competing with another driver for passengers along the highway.