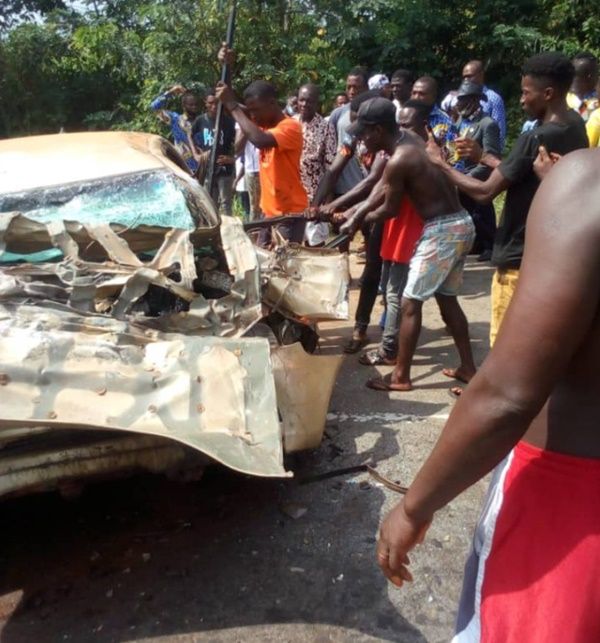 
The carelessness of the driver of a private vehicle at Ankaase, a village in the Krachi West Municipality of the Oti Region, has led to the killing of six students.

This was confirmed by the police who say the students died on the spot when the driver rammed into them on Wednesday, May 11, 2022, reports asaaseradio.com.

The report further stated that the only student to have survived the accident is currently in a critical condition at a health centre.

Confirming this, the Municipal Chief Executive Officer of the Krachie WestAssembly, Emmanuel Kajal Jalula, said the students were returning from school when the accident occurred.

“They were halfway home when the incident happened,” he explained.

The MCE added that the driver, who is currently in police custody, was in the town preparing towards the burial of his late brother.

The driver is said to have actually been on his way to the morgue when his car crashed into the children, the report added.

Investigations into the accident by the police have begun.