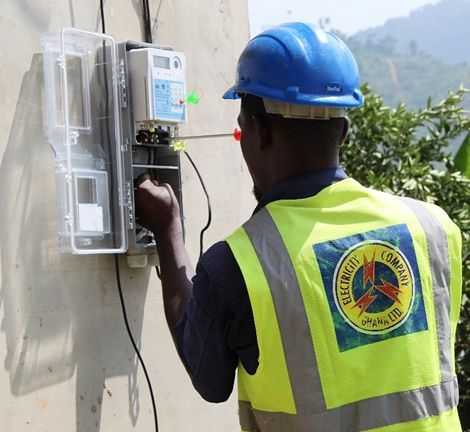 
Some 50,000 customers are billed to be migrated from postpaid to pre-paid metering in the Krobo area following a resolution of a standoff between customers and the Electricity Company of Ghana (ECG), the company has said.
As of last Tuesday, about 500 prepaid meters had already been installed in the area.

“All issues pertaining to the ECG/Krobo customers are being handled and, therefore, everybody should cooperate so that everybody would migrate from postpaid to prepaid in their own interest because the power is needed for their economic activities,” the Lower Manya Krobo Municipal Chief Executive (MCE), Simon Kweku Tetteh, told the Daily Graphic during the second day of the installation exercise.

Mr Tetteh stated that the prepaid meter installation ongoing in the Krobo District of the company was a national exercise that should be embraced by the people.

He said all issues relating to the impasse between the ECG and the people in the Krobo area of the Eastern Region were being resolved and urged all customers to cooperate with the ECG for smooth implementation of the exercise in their own interest.

Poised
The Public Relations Officer of the ECG, Tema Region, Sakyiwaa Mensah, said “Let me inform the customers in the Krobo District that per our regulations and the agreement reached so far with the needed stakeholders, including the leadership of the various unions, chiefs and opinion leaders, among others, we are poised to install in the Krobo District operational area of the company.

“We shall ensure that all our customers are covered with the prepaid meters, provided they want to use electricity for their daily activities. If any individual customer prevents the team from the installation, it will be the customer’s own problem to chase ECG later for installation, which will be too late and also it will go with some financial commitment for such an individual customer,” the PRO cautioned.

Speaking to the media last Wednesday at the Nuaso office of the company in the Krobo District, she explained that the company had beefed up its technical team installing the prepaid meters, to make the work faster.

Answering a question from the media on how long it would take the team to finish the work, she said it depended on the cooperation of the customers, but quickly added that “the team is not having any challenge, as there is smooth implementation of the exercise since it started on Tuesday.”

She stated that the company had had a long-standing relationship with the Ghana Armed Forces for over two decades and it became necessary to call for assistance as professionals in the electrical field, hence the engagement of the technical men of the GAF for the exercise.

“Let me say emphatically that the deployment of some of the technical men of the Ghana Armed Forces is not to bully or brutalise any customer for the installation per se, but we want reinforcement for the work to go on faster because of the huge number of the customers in the Krobo District.

Friendly company
“The company is friendly with its customers and we shall not create any situation that will mar our cordial relationship in spite of the little, little issues that we have been battling with within the Krobo District for some time now, which is almost ending with the ongoing installation exercise,” she explained.