2023 budget to be presented on Thursday; some NPP MPs vow to boycott session 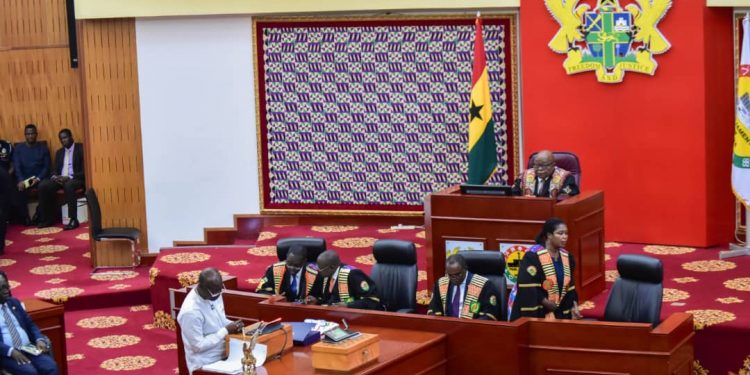 
The Finance Minister, Ken Ofori-Atta is expected to present the 2023 Budget Statement of government before Parliament on Thursday, November 24, 2022.

The budget forecasts government’s expenditure and revenue for the ensuing year.

There have been concerns about the delay in its presentation due to the government’s negotiation with the International Monetary Fund (IMF) for a US$3 billion support.

But the Majority Leader, Osei Kyei-Mensah-Bonsu a few days ago said, in as much as the Finance Minister could not meet the November, 15 scheduled time, it does not constitute a breach of the Public Financial Management Act.

Majority Chief Whip, Frank Annoh-Dompreh made the announcement while presenting the Business Statement of Parliament for this week.

“The committee has programmed for the presentation of the 2023 Budget on Thursday, November 24, 2022, and duly, the committee urges members to take note and adjust their calendars accordingly. We have also programmed the debates in such a manner that, we will maximize the time.”

Meanwhile, the over 80 New Patriotic Party (NPP) Members of Parliament who threatened to boycott the budget presentation by the Finance Minister, Ken Ofori Atta, say their position still holds.

Member of Parliament for Asante Akim North who is a spokesperson of the group, Andy Appiah Kubi speaking to Citi News said: “[We still stand by our position to boycott] because we were never part of the process so whatever happened has nothing to do with us. That’s exactly our position.”