2022 would be a year of economic misery

Ex-deputy Minister for Finance, Cassiel Ato Forson has predicted that 2022 is going to be a year of economic misery for Ghanaians.

He, therefore, urged Ghanaians to brace themselves for more hardship.

According to him, prices of goods and services would rise sharply, with Ghana recording an end-of-year inflation rate of at least 30 percent.

Ato Forson who is currently the MP for Ajumako Enyan Esiam, said the Ghana cedi was also going to depreciate to a point where a dollar would cost GH¢ 7 by the end of the year.

The MP (Member of Parliament) who made these remarks on social media added that fuel prices would go up by 18 pesewas this week and will also likely go up again in the course of the year due to the weak cedi.

“Multiplicity of taxes and levies would take effect by end of January 2022, interest rates would likely go up again,” he added.

He further stated that government will be borrowing heavily from the domestic market since the Euro bond market has been closed to Ghana for, at least, the first half of 2022. 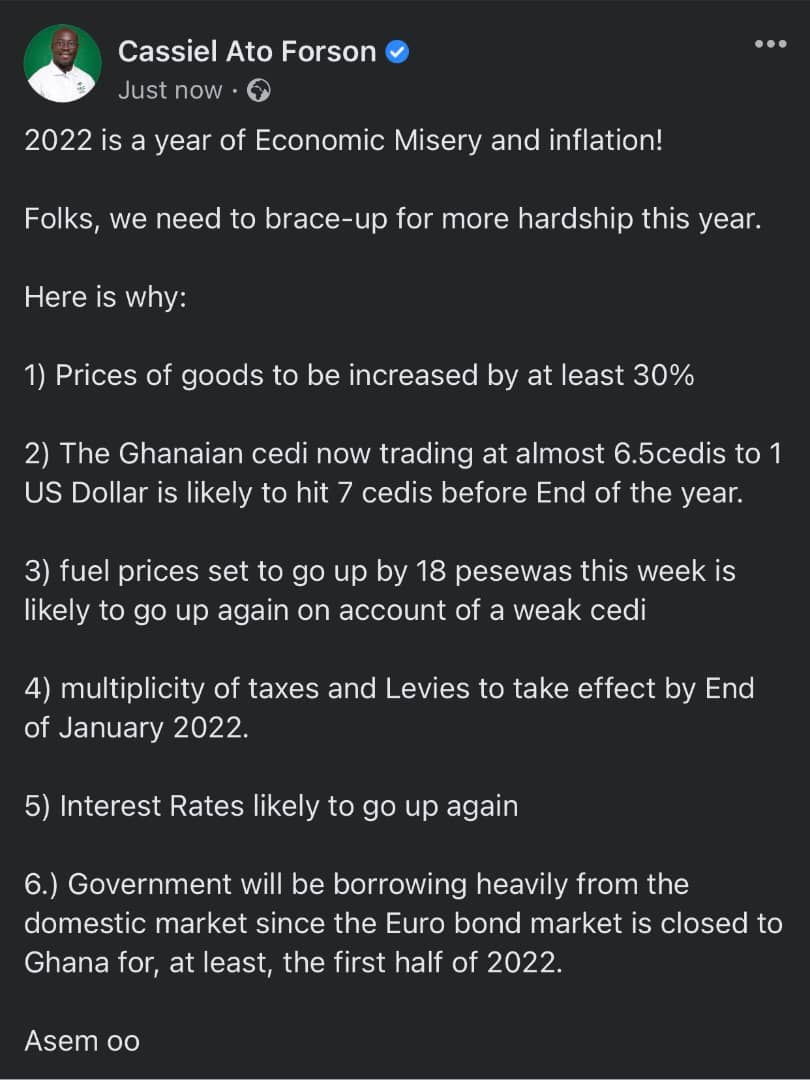