12 goals scored in 12 games, Janny Sikazwe in the spotlight 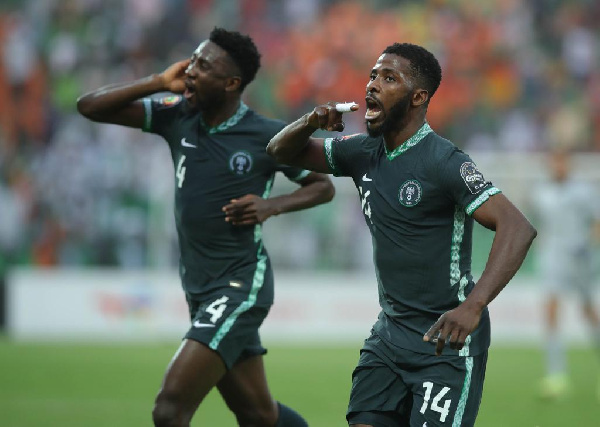 The first round of the 2021 African Cup of Nations did not see many goals as the round produced 12 goals in the 12 matches played, while Zambian referee Janny Sikazwe stole the headlines with a huge refereeing error.

Host nation Cameroon fought from a goal down to win the opening match by 2-0. Gustavo Sangare scored the tournament’s first goal but Vincent Aboubaker brace earned the Indomitable Lions the win.

The second game saw Ethiopia take on Cape Verde. It was a tight game that was decided in the first half with a Julio Tavares header to hand the Islanders a vital victory to boost their chances of making the next round.

In Group B, Senegal started the matchday in a close contest against Zimbabwe. The fixture was decided by an injury-time penalty, which Sadio Mane converted to hand the ‘Lions of Teranga’ a winning start.

Guinea faced Malawi in a late afternoon kick-off. Guinea’s Issiga Sulla’s 35th-minute strike made the difference between the two sides.

In the same vein, Group C produced the same results as Group B, with both matches ending in 1-0 score lines.

The biggest fixture on the day two lineup saw four-time champions- Ghana- take on the Atlas Lions of Morocco.

newcomers Comoros fell to Gabon in a late kick-off when Aaron Salem scored a beautiful goal from an acute angle.

Morocco and Gabon share the top spot, with Comoros occupying the 3rd place, leaving Ghana at the rock bottom of the table.

Meanwhile, in Group D, Nigeria were too good for Egypt as the Super Eagles recorded a narrow victory over the Pharaohs.

Sudan in the other group game shared the spoils with Guinea-Bissau. Sudan escaped a late defeat after goalkeeper Ali Abu-Eshrein saved Pele’s 82nd-minute penalty to aid the Falcons of Jediane at a point.

Defending champions, Algeria began the matchday against Sierra Leone in a Group F, where the Desert Foxes were held to a disappointing draw by the Leone Stars of Sierra Leone. Whereas Ivory Coast beat Equitorial Guinea 1-0 to go top of the group.

Group F completed the round with Tunisia picking up a defeat against Mali in a game that was ended before 90 minutes. Referee Janny Sikazwe whistled for full time with a minute and additional left to play. In the second game, newbies Gabia recorded their first-ever win in the competition with a 1-0 win over Mauritania.

Watch the full wrap below