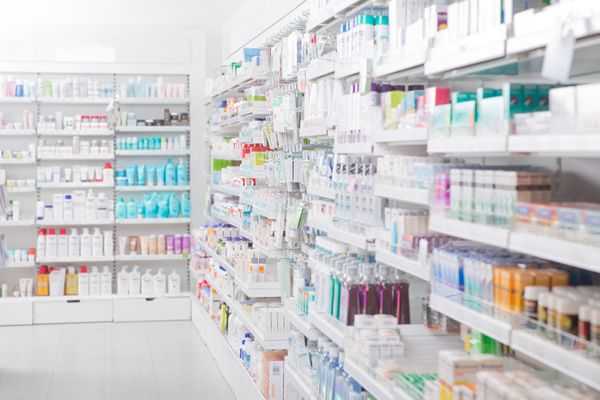 
A pharmaceutical company, Atlantic Lifesciences Limited, has inaugurated a large-scale plant for the production of intravenous (IV) fluids, antiserums and vaccines for the West African market.
The $35 million specialised factory, with a sterile pharmaceutical plant for producing infusions, eye drops, vaccines, serums, injections and general anaesthesia drugs, was financed by the Ghana Export Import (EXIM) Bank and the Standard Chartered Bank and from the company’s own resources.

Located at Lakpleku, near Old Ningo in the Ningo-Prampram District in the Greater Accra Region, the plant, which operates under the government’s One-District, One-Factory (1D1F) initiative, has become the 107th factory to be operationalised under the initiative, which has 278 enterprises being established and rehabilitated across the country.

The inauguration of the Atlantic Lifesciences plant by President Nana Addo Dankwa Akufo-Addo last Friday brings to five the number of infusion manufacturing firms in the country, with a combined annual capacity of 133 million bottles.

Atlantic Lifesciences Ltd is a sister company of Pharmanova Ltd, and the two are into the production of inhalation anaesthetics, eye, ear and nasal drops, as well as vaccines.
Pharmanova is the largest importer of anti-snake serum and anti-rabies vaccine in West Africa.

The factory operates a modern filling-line compliant with current good manufacturing practice (cGMP) and employs 400 direct workers, many of them professionals, which will increase to 800 when the factory becomes fully operational. The professionals include biochemists, microbiologists, pharmacists, chemists and laboratory technicians.

When fully operational, the factory will also produce six vaccines locally, such as anti-snake, anti-rabies, anti-diphtheria, anti-scorpion, anti-tetanus and anti-gangrene.

Inaugurating the plant, President Akufo-Addo said the establishment of the factory was a concrete manifestation of a new paradigm of economic development which the government was vigorously pursuing to promote value addition and industrial activity within a conducive and business friendly environment.

The facility was a further stride in government-private sector partnership to set up at least one medium to large-scale enterprise in every district in the country, he said.

The President said while previous attempts at rural economic revitalisation had focused mainly on the provision of physical infrastructure, the 1D1F programme of his administration was focused on the provision and promotion of commercially viable business ventures to generate sustainable and accelerated economic development in rural communities.

He said the 1D1F would additionally address the challenge of widespread poverty and underdevelopment among rural and peri-urban communities through the establishment of an institutional framework that would attract private sector investment and rural economic activities, create jobs and raise income levels.

The President said the Ministry of Trade and Industry had identified the pharmaceutical sector as one of the strategic sectors under the Ghana CARES Obaatanpa Programme meant for post-COVID-19 recovery.

He said the Ghana CARES policy would ensure the much needed capital needed to enhance the productive capacity of pharmaceutical companies to take advantage of the regional and continental market, pursuant to the integration framework of the ECOWAS Trade Liberalisation Scheme and the African Continental Free Trade Area (AfCFTA).

President Akufo-Addo said the transformation of the economy from the production and export of raw materials to an industrial value added economy remained one of the central priorities of the government.

That, however, required, among other things, a vibrant investment climate and a robust regulation and incentive regime to support private investment in the strategic sectors, he said.

To achieve that end, he said, the government was committed to the successful implementation of programmes such as 1D1F, the establishment of industrial parks and small, medium and large-scale enterprises across the country.

The Minister of Trade and Industry, Alan Kyerematen, disclosed that as of the end of December last year, 11 out of 13 pharmaceutical companies under the 1D1F programme had received support to the tune of GH¢415.3 million.

The funds were meant to facilitate their expansion, retooling, working capital and enable them to build new manufacturing facilities, he stated.

He explained that once there was evidence of enhanced local manufacturing capacity in the pharmaceutical industry, it would provide the basis for Ghana to, as a matter of policy, restrict the importation of pharmaceutical products that could be produced locally.

A Deputy Minister of Health, Tina Mensah, said the Atlantic Lifesciences factory was within the government’s vision of securing the much-needed vaccines through domestic vaccine development in the short, medium to long term.

She added that the ministry was looking forward to collaborating with Atlantic Lifesciences Ltd in the local development of vaccines and anti-serums.

The Chief Executive Officer of Atlantic Lifesciences Ltd, Dhananjay Tripathi, welcomed guests to the plant and said the vision of the company was to provide global quality drugs locally and at affordable prices to meet the medical needs of Ghanaians and residents across West Africa.

He said the factory would also create employment locally and lend support to the Ghana Beyond Aid policy.

Mr Tripathi said Ghana’s annual infusion requirement stood at 25 million units and appealed to the government to consider restricting the importation of infusions into the country to support companies such as his from competing with substandard and fake imported infusions.

The Member of Parliament (MP) for Ningo Prampram, Sam Nartey George, commended the government for attracting investors to the area and appealed to it to enhance the supply of electricity and water services to the Ningo Prampram District.

That, he said, would enable companies in the district, which was becoming the hub of industries in the Greater Accra Region, to produce at optimal capacity.